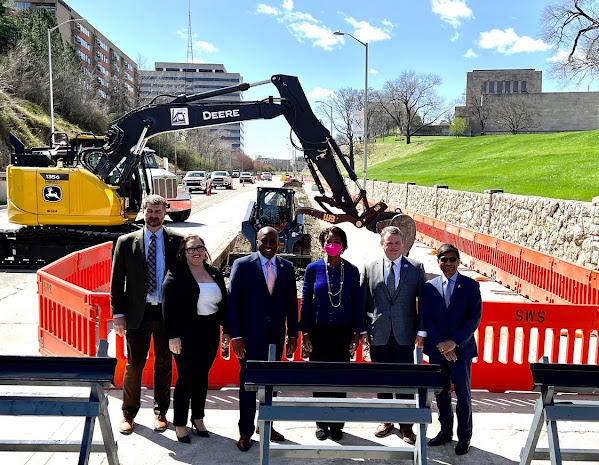 However, local newsies know that it's not polite to ask tough questions during an otherwise happy occasions.

The pandemic has PERMANENTLY changed the office space, retail and consumer markets . . . But so many toy train advocates imagine a densely populated tourist attraction that will draw new residents and visitors to this corridor . . .

Meanwhile, most of the flashy new biz along the streetcar line was initially propped up by taxpayer funds . . . We haven't seen much organic growth . . . We've also seen a lot of empty storefronts & offices.

Again . . . These are all inconvenient facts that ruin a good time.

It's much nicer to accept fake-a$$ ridership stats and the lack of any viable long-term biz model.

KANSAS CITY, Mo. - Kansas City, Missouri, officials broke ground on the KC Streetcar expansion Wednesday, which is expected to be completed in 2025. The expansion, which will add 3.5 miles of streetcar rail on Main Street, will connect the University of Missouri - Kansas City campus to the River Market.