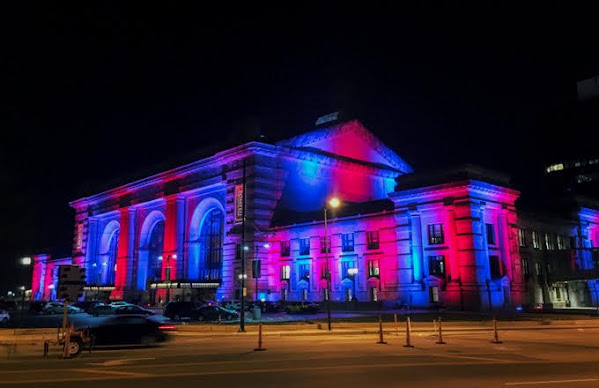 At the zero hour, we offer just a few resources for those who want to watch the game with like-minded strangers.

And so we share just a bit of local hype for this town's favorite college team . . .


Why this KU run, at this particular time, means so much for a Kansas basketball team that sits 1 win shy of a national title

Throughout his 19 seasons in charge of the Kansas basketball program, KU coach Bill Self has always celebrated the fact that the school expects to win championships and that the opportunity to do it is always.


UNC vs. Kansas: The history behind the Tar Heels-Jayhawks matchup

NEW ORLEANS - The men's basketball programs of North Carolina and Kansas are set to face off for the 2022 national championship and the roots intertwined between these schools run back for decades. This will be the fifth matchup between the schools in a Final Four/title game setting, the most of all Final Four team matchups.

After waiting 10 years for KU basketball to play for another national championship, Lawrence is ready to cheer on the hawks."We take it so serious here and it's always a good vibe," said Fernando Reynoso, a KU Alum, who came to Lawrence to watch the game.


UNC vs. Kansas get-in ticket price the lowest on record

NEW ORLEANS - According to TickPick, prices for a ticket to the NCAA National Championship game between the North Carolina Tar Heels and Kansas Jayhawks are the lowest on record. The get-in ticket price is as low as $28 and the average ticket price is around $337.


34 years after his Jayhawks won national title, Danny Manning has these words for KU

KANSAS CITY, Mo. - The University of Kansas Jayhawks are taking on the University of North Carolina Tar Heels tonight in the NCAA Men's Basketball Championship game in New Orleans. For KU fans who didn't make the trip to New Orleans , they can watch the game live on TBS with tipoff starting at 8:20 p.m.