Reminder: Here's Why Kansas City Might Get Nuked By Vlad & Russkies 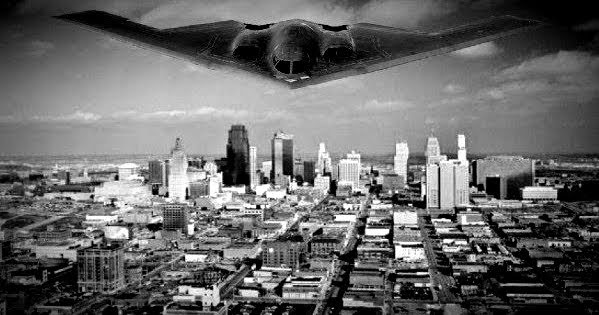 None of this info is secret, a surprise or anything that most residents don't already know.

However . . . Check public radio sharing more than a bit of scary prose and beating their Neo-liberal war drums (lulz) on the topic of a nearby military base . . .

With tank columns moving from western Russia into Ukraine and Beijing muscling up as a military superpower, the new Cold War taking shape puts a new spotlight on the plane. The B-2’s home in western Missouri again could be a launching pad, and a target, if a dreaded world war broke out.

They may be hard to spot on radar, but chances are you’ve seen a B-2 bomber soaring over a stadium. Its top and bottom have smoothly undulating surfaces, yet its profile from below is all sharp angles. That distinctive shape, along with a delicate-but-radar-absorbing skin, makes it essentially invisible to an enemy.

B-2 stealth bombers stationed at Whiteman Air Force Base are relics of the last century. But the sub-sonic batwing planes give the U.S. Air Force the power to hit even the most heavily defended targets, anywhere in the world. And that capability seems a lot more important now than it did when B-2s were first deployed.