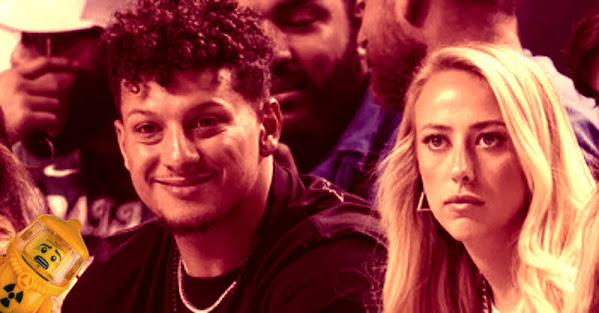 Forced smiles and product placement don't REALLY make anybody happy . . . Except for sponsors.

Here's a peek at the Kansas City power couple in action and sharing martial bliss that looks a lot like a promotional tour . . .

During Monday’s outing, Matthews and Mahomes also posed for a courtside selfie while cheersing with their BioSteel sports drinks.

Mahomes and Matthews, the co-owner of the Kansas City Current soccer club, have been going non-stop since their lavish wedding last month. Upon returning from their picturesque honeymoon in St. Barths, the couple — who is also parents to 1-year-old daughter Sterling — enjoyed a weekend at Coachella, which took place in Indio, Calif.

Patrick Mahomes and wife Brittany Matthews kicked off the week with an NBA playoff date night. The longtime couple - who tied the knot in Hawaii in March - sat courtside Monday at American Airlines Center in Dallas for the Mavericks' 102-77 win over the Jazz in Game 5 of their first-round playoff series.