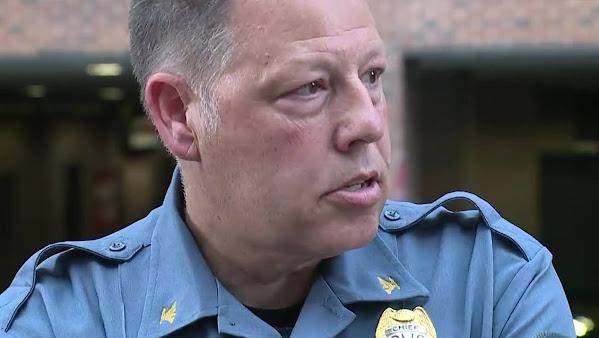 Here's important rhetorical push back upon the retirement of the the top cop . . .

"Sadly however, Chief Smith will go down in history as probably one of the most hated and maligned Police Chiefs in recent history. That is, of course, if the mainstream media, the Urban League and the Black Pastor mob continue their cacophony of hate-speech.

"Leading that charge will, of course, be the Kansas City Star. That once bastion of citizen journalism, The Star has become more of a haven for hard-left editorial pieces masquerading as real news. Hit piece after hit piece has been targeted toward Chief Smith since the violent riots that rocked Kansas City’s midtown and Plaza areas. Yes, they were violent riots. Anyone who thinks differently wasn’t paying attention. A majority of those published pieces were missing a key piece of what makes hard news, hard news, those being facts and truth. Both of which are at the core of the Code of Journalistic Ethics. That said, The Star never let ethics get in the way of a good hit piece."

Buzz: The end of an era

And just like that, the Chief Richard Smith era is over at the Kansas City, Missouri Police Department. No fanfare, not even a fried walleye sammich to honor the outgoing Chief that has done so much over a 34 year career for the city and the department.