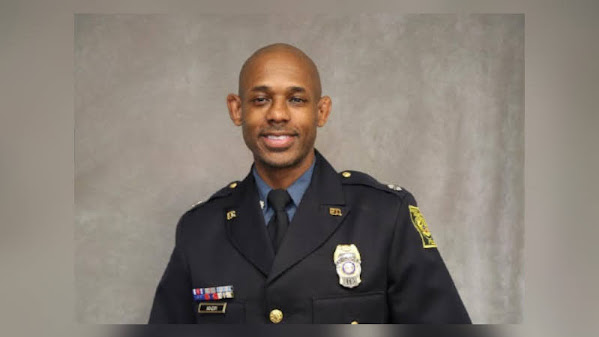 By all accounts, KCMO is exceptionally lucky that the very best candidate for the job was sworn in today AND he's not part of the highly politicized search moving forward.

Joseph Mabin, a deputy police chief with the Kansas City Police Department, was sworn in as the interim chief of police on Friday following the official retirement of Rick Smith. Mabin, a 22-year veteran of KCPD, will lead the department as the city looks for a permanent police chief.

KANSAS CITY, Mo. - Kansas City, Missouri, Police Department Deputy Chief Joseph Mabin was sworn in as the Interim Chief of Police Friday morning. KCPD held the swearing-in ceremony at 9 a.m. "I want to thank the Board of Police Commissioners for placing this trust in me as we wait and select the permanent chief.

The Kansas City Chamber of Commerce added to more listening sessions Friday as the city searches for its next permanent police chief.Pastor Darron Edwards has helped facilitate each of the six listening sessions. More than 500 people have spoken at those sessions in different areas across the metro.