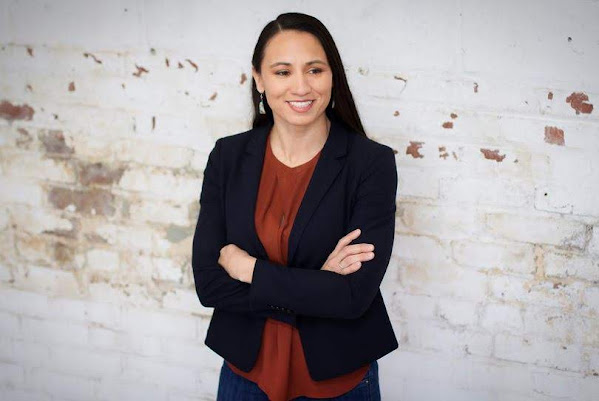 But bless her heart for trying in the midst of a worsening economy and widespread dissatisfaction with Prez Biden's economic blundering.

Here's the best effort from a young woman and rising star politico who FAILED MISERABLY at running a coffee biz . . .

U.S. Congresswoman Sharice Davids (D-KS) says she visited three Kansas manufacturers as part of her Made in Kansas tour to hear straight from local businesses as she works to pass bipartisan supply chain and manufacturing policy in the nation’s capital . . .

Rep. Davids said she has been a leader on the House version of the supply chain bill, the America COMPETES Act. She said the comprehensive economic package contains several priorities for the Sunflower State - including investments in domestic semiconductor “chip” production.

The Congresswoman said she has met with several local businesses impacted by the chip shortage, including the Fairfax General Motors plant which sat idle for months in 2021 and local medical device suppliers who have struggled to serve patients.

KANSAS CITY, Kan. (WIBW) - As Congress prepares a comprehensive bipartisan bill to lower costs and fix the nation's supply chain, U.S. Representative Sharice Davids visited Kansas businesses to get their input on how the bill could help them. U.S.