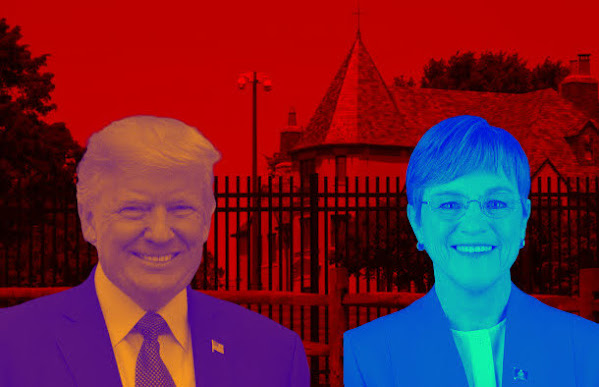 This prog blog screed is worthwhile if only because it floats the very likely idea that diehard activists might stay home for the Midterms.

Like all good political screeds, the polemic still manages to mince words . . . Here's part of the conclusion that might just mean that your rich aunt is going to have to keep sending them money . . .

Building progressive political power in Kansas will take serious investment from those inside and outside the state. It will take a commitment of years, if not decades, to build institutions with enough clout to instill fear in politicians of both parties. Most importantly, it will recognize that simply electing a Democratic governor doesn’t mean that liberals suddenly seized political power. It means a canny politician figured out how to win a specific race.

Kelly will do what she thinks she needs to win. I’ve pointed out before that she’s uncommonly agile as a candidate. She may well earn another term. Perhaps she will even use that term to do good for undocumented folks.

That’s cold comfort in the moment, however, to Kansans targeted in Wyandotte County.

The law supposedly bans "sanctuary cities" in the state. What it really does is target undocumented Kansans and those who worked patiently to pass an ordinance protecting them in Wyandotte County. The bill was introduced by Kelly's gubernatorial rival, Attorney General Derek Schmidt, and pushed through in the last days of the legislative session.