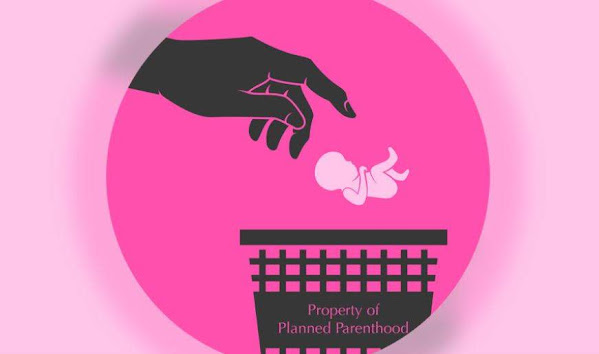 Will advocating for baby murder really excite voters and evoke a massive wave of turnout needed to prevent an outright GOP sweep for the midterms?!?

It's fair to offer some legit skepticism about the public's love for infanticide . . . Even if it's dressed up in a stupid pink hat.

In fairness, as always, here's a rallying cry from a prog blog . . .

"Where does Kansas fit into all of this? In August — four months from now — voters will decide on an amendment to the Kansas constitution to determine whether our constitution protects women’s right to access the procedure. The amendment itself doesn’t say whether health care providers in the state can offer abortions.

"But it will allow the Legislature to pass a ban.

"This year is looking like a banner one for Republicans across the nation. With gas prices up and inflation surging, President Joe Biden has seen dire polling as he grapples with global turmoil.

"That suggests that Kansans, irritated by a lingering pandemic and persistent economic strain, will want to punish Democrats. Kelly and the handful of Democrats in Kansas government may well pay a high price for their national party’s failings . . . "

My grim prediction for Kansas: Abortion banned within a year if voters don't show up - Kansas Reflector

Within the next year, the Kansas Legislature will pass a full ban on abortion, without exceptions for rape or incest. Gov. Derek Schmidt will delightedly sign it and rhapsodize about our state's culture of life. A safe and common women's health procedure and those performing it, along with the women themselves, will be criminalized.

Good times . . .  Youngster death by way of medical vacuum cleaner is the KCUR top story of the morning as well . . .

The end of abortion rights in Missouri and Kansas?

Missouri and Kansas already have some of the most restrictive abortion laws in the nation. If the Supreme Court reverses its landmark Roe v. Wade decision, Missouri law would automatically make abortion illegal in the state. And Kansas might not be far behind.