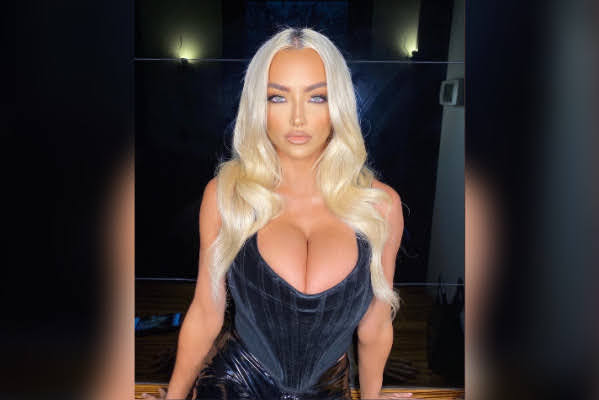 Once again hottie Lindsey inspires us to take a peek at pop culture, community news and top headlines.

For the second consecutive Tuesday, Salvador Perez hit two home runs. Unlike last week, though, the Kansas City Royals won! Perez had some help from Hunter Dozier, who slapped a dong of his own-his second in the last two games-and the Royals came out on top 4-3 against the Minnesota Twins.

KANSAS CITY, Mo. - For the first time in three years, a "normal" Planet Comicon is set for this weekend in Kansas City, Missouri. The 2020 show was postponed after the COVID-19 pandemic erupted across the Midwest in March 2020 and had to be postponed a second time from August 2020 to August 2021, when a mask mandate remained in effect for the city.


Sometimes Hamming It Up Helps

KANSAS CITY, Mo. - For over 100 years, the fountains in Kansas City, Missouri, have been a staple in the community. "When you're around falling water, you get this burst of mental energy and you just feel better," Jim Fitzpatrick, president of the City of Fountains Foundation, said.

Lindsey Pelas took being a doppelganger to a whole new level. The sexy model, 30, recently embodied Pamela Anderson when she wore a tiny white monokini during a photoshoot on the beach and she couldn't have looked more like 90's Baywatch star.

The Biden administration said Tuesday it will likely appeal a federal judge's ruling that struck down Covid-19 mask mandates on planes and other forms of public transportation. "The Department of Justice and the Centers for Disease Control and Prevention (CDC) disagree with the district court's decision and will appeal," the DOJ said in a statement, "subject to CDC's conclusion that the order remains necessary for public health."

April 19 (Reuters) - The U.S. Department of Education has canceled student loan debt for 40,000 people and offered credits to help another 3.6 million pay off their loans under a plan announced on Tuesday designed to aid low-income borrowers and public servants.

Analysis: Signs point to more economic turbulence as the war in Ukraine intensifies

President Joe Biden's visit to the critical swing state of New Hampshire to sell his domestic agenda was overshadowed by new economic warning signs of how Russia's invasion of Ukraine is creating greater uncertainty and volatility in the world economy, compounding the obstacles the President and his party are facing in November.


Check More Deets On Next Poke

New data from Moderna shows one way that messenger RNA-based vaccines might be able to keep pace with the rapidly mutating virus that causes Covid-19. An experimental Moderna Covid-19 booster that mixes the original vaccine with a version designed to protect specifically against the Beta variant offered better protection than the original booster against Omicron, the company said Tuesday.

Fountain Day On The Concourse

Temperatures warm up with storms in tow

Increasing clouds and not as cold as Tuesday evening in Kansas City. A few scattered showers are possible off and on the rest of the day. Lows are expected to stay in the 40s. Rain showers and a couple of thunderstorms are possible Wednesday.

Jack Harlow - First Class was the song of the day and this is the OPEN THREAD for right now.