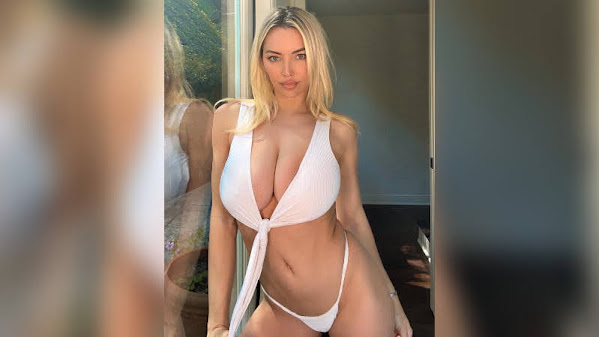 What we like about this blog is sharing A LOT of things we find interesting all squeezed together.

Hottie Lindsey has inspired us to check pop culture, community news and top headlines on this otherwise dreary election day.

KANSAS CITY, Mo. - The Kansas City Royals are just days away from opening the 2022 baseball season at Kauffman Stadium against the Cleveland Guardians. A new name, Royals lineup and a new opening day pitcher aren't the only changes fans can expect. Aramark is also rolling out some creative new food options for fans to try.


No Transparency For Meth Town

Lee's Summit-based Eurofins Viracor will start offering a cutting-edge blood test that can assess organ damage from COVID-19. The clinical specialty lab signed an exclusive license agreement with Cornell University to commercialize the blood test, which was developed by an inventor Eurofins Viracor previously worked with.

The Kansas Jayhawks are the kings of March Madness 2022. So when and where will the Kansas national championship parade get going? All season Kansas made a point of playing for the 2020 squad that didn't get the chance to play in the NCAA Tournament.

KANSAS CITY, Mo. - A new era begins in the Kansas City Royals clubhouse as the No. 1 prospect in Major League Baseball is set to debut on Opening Day when the team hosts the Cleveland Guardians. Bobby Witt Jr. will start at third base for the club as they begin the 2022 campaign.

You might know Lindsey Pelas as a model and social media influencer, but she's so much more than that. In 2019, Pelas became a reality TV star when she appeared on the first season of The Hills: New Beginnings when she was dating Justin Bobby, and she hosts the podcast Eyes Up Here, which, as of this writing, is about to enter its third season.

Live feed 09:17 Howdy, live blog readers. Happy Tuesday. Former president Barack Obama will today return to the White House for the first time since leaving it in January 2017, to celebrate the anniversary of the passage of the Affordable Care Act, his signature legislative achievement.

Mark Wilson | Getty Images Ivanka Trump testified for around eight hours Tuesday to the select House committee investigating the Jan. 6 Capitol riot that began after her father, former President Donald Trump, spent weeks falsely claiming he was being deprived of a second White House term because of widespread ballot fraud.

WASHINGTON (AP) - The Biden administration plans to freeze federal student loan payments through Aug. 31, extending a moratorium that has allowed millions of Americans to postpone payments during the coronavirus pandemic, according to an administration official familiar with the White House's decision-making.

An ad that featured Trump saying he 'would recommend' COVID-19 vaccines resulted in 104,000 more shots in arms: research paper

An ad featuring Donald Trump encouraging people to get the COVID-19 vaccine convinced thousands of people to get their shots. Researchers with the National Bureau of Economic Research placed the ad on more than 100,000 YouTube accounts. Vaccination rates rose in the counties where the ads were targeted, according to a working research paper.

Bodies of mutilated children among horrors the Russians left behind

Deep in the forest outside Kyiv, where the mushroom-pickers used to roam and rich city folk built their palatial dachas, Maria Dabizhe, 80, sat sifting through discarded Russian ration packs. The enemy soldiers had arrived a few days into the war. "They came to my house.


BLM Cashed In On Civil Unrest

The United States announced that they completed their second successful test flight of a hypersonic missile, touting the potential for "next-generation capability" for the military. The test, conducted by the Defense Advanced Research Projects Agency (DARPA) and the U.S. Air Force, was the first test of the Lockheed Martin version of the Hypersonic Air-breathing Weapon Concept, commonly known as HAWC.

By James Clayton North America technology reporter Twitter has limited content from more than 300 official Russian government accounts, including that of Russian President Vladimir Putin. The accounts will no longer be recommended in timelines, notifications or elsewhere on the site, Twitter said.

Parade of Hearts Viewing Guide: How To Find Them All While Exploring KC - In Kansas City

On the Tuesday morning after the University of Kansas men's basketball team won the NCAA Championship game, most students were barely awake.Parking lots were almost empty. Sidewalks had a singular occupant. Sophomore Quintin Talbert told KMBC, "Recovery day. It's a recovery day for sure."The University of Kansas did not cancel classes, as it would for a snow day.

IRVING, Texas - Big 12 Commissioner Bob Bowlsby announced he will resign from the office later this year. He plans to remain commissioner until his replacement is named. Bowlsby was appointed commissioner in 2012 and has served in that role for a decade.

Hide Transcript Show Transcript NINE-DAY FORECASTED SOOU YIL WL KNOW FIRST, THIS IS FIRST ALERT WEATHER. ALL OF THE SUDDEN THURSDAY LOOKS COLD. KELLY: AT LEAST IT IS NOT SNOWING.

And because she's playing nearby this weekend . . . Soccer Mommy - Shotgun is the song of the day and this is the OPEN THREAD for right now.