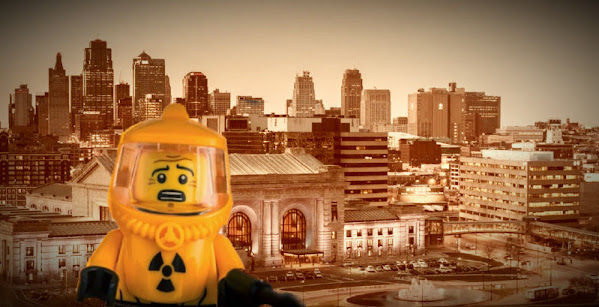 For more than a decade Kansas City, Missouri has spent BILLIONS pouring money into downtown and hoping to lure affluent people into a posh urban center that generates untold riches.

And then the pandemic shut down everything.

DATA REVEALS REMOTE WORK AND THE IMPACT OF COVID HAS PUSHED PEOPLE OUT OF LARGER METRO AREAS AND BACK TO THE BURBS!!!

Big cities across the nation are watching the middle-class abandon urban life.

Locally, the numbers don't seem to be in our favor when it comes to resident satisfaction . . .

As a result, about 24 percent of survey respondents said they could move away from the region within the next five years. About 31 percent of Black and Brown Kansas Citians who filled out the survey would consider moving.

“What I think makes Kansas City unique is we’re calling it out, we’re bringing attention to it, we’re doing something about it,” explained Sheri Gonzales, the executive director of KC Rising.

KCMO desperately sought to model itself after bigger, better cities which now suffer SHOCKING population declines. The strategy obviously BACKFIRED as Internets tech shifts Americans AWAY from huddling together like a bunch of rats amid worsening violence.

THE KC DOWNTOWN RENAISSANCE IS DEAD!!!

It was mostly just a developer ponzi scheme anyhoo with very little benefit for broke-ass taxpayers. Whilst 12th & Oak put all of their eggs in the Downtown basket, the rest of the city crumbled; trash piled up, crime skyrocketed and the quality of all basic services dwindled.

Tragically, most of the overly-hyped development like the P&L District have done nothing but siphon away cash from the general fund every year.

Check the money line as this national trend takes hold . . .

"The great metro shrinkage also appears to be part of a broader cultural story: The rise of remote work has snipped the tether between home and office, allowing many white-collar workers to move out of high-cost cities. Nearly 5 million Americans have moved since 2020 because of remote-work opportunities, according to Adam Ozimek, the chief economist for the Economic Innovation Group, a think tank in Washington, D.C."

KANSAS CITY, Mo. - Several businesses, nonprofits and agencies from around the Kansas City are working together to address areas of need highlighted in a recent quality of life survey. The Kauffman Foundation and KC Rising released the survey findings this month.


Why Americans Are Leaving Downtowns in Droves

Pop quiz: What do the metros of New York City, Los Angeles, Chicago, Miami, Boston, Seattle, San Francisco, San Diego, Minneapolis-St. Paul, Philadelphia, and Washington, D.C., have in common? They are all among the 20 largest metropolitan areas in the country. All of their populations were growing in 2011.