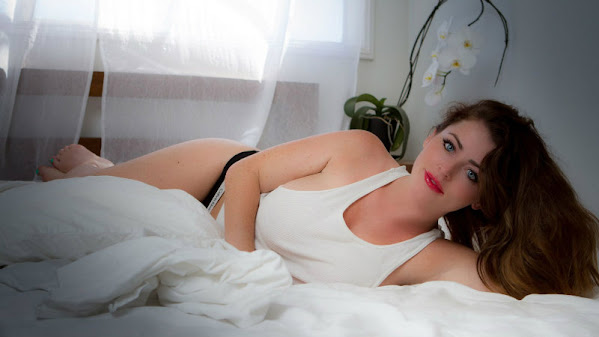 Kansas City artist seeks firefighter who rescued him as a toddler

KANSAS CITY, Mo. - Anthony Trey Loomis' artwork is inspired by his adventures. The 28-year-old artist began painting as a teenager. "He wants to experience and see everything, and then he wants to paint it," John Walker, Trey's brother-in-law said. Loomis is on a new journey.

Police lights (file photo) SOURCE: KMBC 9 News A 36-year-old man and 12-year-old girl were seriously injured in a hit-and-run accident in the 7500 block of 9 Highway.Platte County Sheriff's Office says the accident happened just before 1 p.m. Saturday.Officials say the man and the girl were riding a motorcycle when they were struck by a car that fled the scene.

KANSAS CITY, Mo. - From the outside, LeTysha Montgomery looks perfectly healthy. But, for 20 years, she's been dealing with severe pain caused by a disorder called endometriosis. "Having an invisible disease, you can't see endometriosis. So that's on the inside," Montgomery said. "So I'm told, you know, you look fine.

The Kansas Jayhawks are back in the Final Four for the first time since 2018 and match up against the Villanova Wildcats in Saturday night's national semifinal game, tipping off at 5:09 p.m. in New Orleans. The No.

INDEPENDENCE, Mo. - The newly restored Harry S. Truman Presidential Library & Museum is quickly moving toward fully reopening after renovations and the pandemic caused disruptions. Starting this coming week, it will open to the public from 9 a.m. to 5 p.m. on Wednesdays through Saturdays.

After more than a decade in the industry, Sophie Dee has starred in 700-plus scenes for top studios, racking up a massive following on social media that exceeds 11 million. All the while, she has earned numerous accolades in her award-winning career, from being named a Vixen Angel to reigning as the 2021 XBIZ Premium Social Media Star of the Year.

April 2 (UPI) -- President Joe Biden privately told members of his inner circle late last year that he believes former President Donald Trump should be prosecuted, according to reporting published Saturday by The New York Times. Biden told advisers he thinks Trump's role in the Jan. 6, 2021 attack on the U.S.

Donald Trump's overtures to Moscow are exposing what Democrats and some Republicans believe could be a major vulnerability for the former president should he mount another White House bid in 2024. Since Russia began its invasion of Ukraine in February, Trump has been met with repeated criticism, first over his insistence that Russian President Vladimir...

Ukrainian President Volodymyr Zelenskyy warned Saturday that Russian troops are creating a "catastrophic" situation for civilians by leaving mines around homes, abandoned equipment and the bodies of those killed. "It's still not possible to return to normal life, as it used to be, even at the territories that we are taking back after the fighting," the president told his nation in a nightly video message.

House Republican Leader Kevin McCarthy blasted the Biden administration for the decision to lift a public health provision that allows migrants to be sent back across the Southern border. McCarthy, the House minority leader, said Biden had "abdicated his responsibilities" at the Southern border by planning to end the provision, known as Title 42.

Kanye West tells Kim Kardashian he is 'going away to get help' amid public social media fallout: report

Following months during which the Yeezy boss had been publicly addressing the circumstances of his divorce and co-parenting arrangement with estranged wife Kim Kardashian in interviews and on social media, West has reportedly told the mother of his children that he is "going away to get help."

The Loop KC brings together similar yet unique minds to create genuine friendships and ignite the next generation of business leaders in Kansas City. Members of The Loop KC are required to give back to local non-profit organizations. Learn more about The Loop KC, here.

Give us your 2022 Royals and MLB predictions!

With less than a week to go before the season, we want your MLB predictions. Who will make the playoffs? Who will be MVP? How many games will the Royals win? Who will be their best player? Gaze into your crystal ball and see how the season plays out.

Hide Transcript Show Transcript ODGO MORNING, DONNA. GOOD MORNING EVERYONE. WE'RE ENJOYING THE BEAUTIFUL LIGHTS OF KANSAS CITY. DONNA' TSRYING TO FIND OUT FROM THE MARRIOTT WHY THEY'R' LIT IN THE RAINBOW COLORS THIS MORNING.

Red Hot Chili Peppers - These Are The Ways is the song of the day and this is the OPEN THREAD for right now.