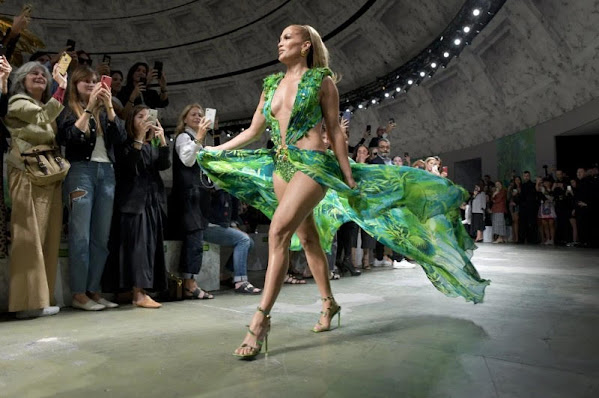 Credit where it's due . . . J-Lo remains at the top of her hottie game into her 50s and her legacy of winning inspires this peek at pop culture and community news.

It's nearly impossible to stream a Kansas City Royals game without cable. Here's why

Perhaps you were hoping to save some money this year by dropping your cable subscription. Well, if you're also hoping to follow the Royals in baseball's most exciting and competitive division, sorry, you'll have no choice but to pony up.


The Dotte On Fire

KANSAS CITY, Kan. - People living in Kansas City, Kansas, are allowed to burn brush and other yard waste outside, with a permit. Open burn season was scheduled to begin April 1, but it was delayed because of the high wind and wildfire danger earlier this week.

It's been almost 90 years since an infamous gangster plan resulted in what has become known as the Kansas City Massacre. It was a plan that involved "Pretty Boy" Floyd and cost many police officers their lives. I found this interesting piece of Missouri mobster history on the FBI website.

Logan Myles Stacer has big hopes and plans for Kansas City and the Midwest, all revolving around the intersection of art and public policy.

Ben Affleck and Jennifer Lopez are engaged - again! Lopez announced the engagement in a short video via her fan newsletter, On The JLo, in which she stares adoringly at a green-hued diamond ring. "You're perfect," Lopez says in a voiceover as romantic music plays Lopez teased the "exciting and special" announcement on Facebook earlier Friday evening.

An ethics watchdog group is calling for the federal government to expand its probe into Hunter Biden to include the University of Pennsylvania's Biden Center. The National Legal and Policy Center states that the U.S. Attorney for the District of Delaware David C.

SHANGHAI, April 10 (Reuters) - China's foreign ministry expressed "strong dissatisfaction" with the United States late on Saturday after it raised concerns over China's coronavirus control measures. The U.S. State Department said on Friday that non-emergency staff at its Shanghai consulate and families of U.S.


Dude Didn't Adhere To Rules Of The Discourse

'I did that!': Man arrested after placing Biden decals on gas pump, as fuel anger grows

A fed-up Pennsylvania man got into an ugly gas station confrontation with local cops after he was allegedly caught slapping anti-Joe Biden stickers on the pumps in protest of rising fuel prices. "This guy stuck stickers on a gas pump, got yelled at by a clerk for doing so and went crazy afterwards," wrote Aaron Philips, who recorded the March 31 incident and shared it on Facebook.


Support South Of The Border

Mexico says it does not accept Russian invasion of Ukraine

Mexican President Andres Manuel Lopez Obrador said on Saturday that Mexico does not accept the Russian invasion of Ukraine in a video message released to coincide with a global event in support of Ukrainian victims of the conflict.

When Josh Blankenship opened his food truck, Yo Dog Wieners, last October, it was the culmination of a long-held dream. Blankenship, an entrepreneur from Kansas City with a marketing background, said he and his wife originally moved to Great Bend about five years ago to help start a marketing company.

The Kansas Jayhawks basketball team finished their 2021-22 season at the top of the field with an NCAA Tournament National Championship victory. Now, the school will look to transfer some of that success to their struggling football program. Basketball guard Chris Teahan has suited up as a quarterback option for Saturday's Kansas football spring game.

More clouds, breezy and warm for your Sunday

Temperatures will fall into the upper 40s overnight. We'll see more clouds Sunday. It will be breezy and warm.