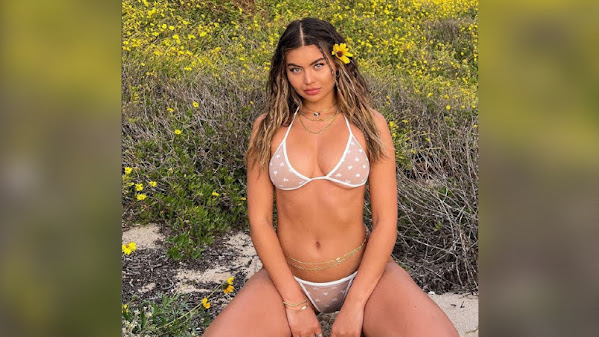 Hottie "Fia" is famous for dating pro-ballers and so many other "talents" but right now her body of work inspires this peek at pop culture, community news and top headlines.

Ghost towns are all around Kansas City, if you know where to look

If you're thinking of rows of abandoned clapboard storefronts, proliferate weeds, and wilting residences along a pock-marked dirt road, the term "ghost town" may seem a little misleading.

The University of Kansas has released official details for the parade celebrating the Jayhawks' NCAA championship title.A championship parade will be held on Sunday at 2 p.m. The parade route will head south on Mass Street beginning on Sixth Street and finish at 19th Street.The team is being escorted down Mass Street in multiple vehicles.KU officials said Mass Street will be closed downtown from 3 a.m.

Voters Tell Parents To Pay Up


Building Good Life Across The Bridge

PARKVILLE, Mo. - A real life "if you build it they will come," appears to be playing it in the Northland. On the same day many MLB cities had their opening day, so did Parkville, Missouri, as it opened its first 92 room hotel, in front of Creekside Baseball Complex.


Who Runs This Cowtown?!?

Thousands lace up for Rock the Parkway run in Kansas City, Missouri

KANSAS CITY, Mo. - Nearly 5,000 people woke up early Saturday morning and laced up their running shoes for the Rock the Parkway 5k and half-marathon. Runners took off around 7:30 a.m., starting and finishing at Burn & McDonnell.


Even Hotties Have Probs

Instagram Model Sofia Jamora Has Sued Jaxson Hayes For Alleged "Assault And Battery": "Jaxson Chased Her All Around The House And The Property, Grabbing Her Multiple Times, Tossing Her Around And Dragging Her Down Some Stairs."

New Orleans Pelicans Jaxson Hayes keeps having issues with justice due to several reasons. After almost a year since the police arrested him, the player has been hit with a sue from his ex-girlfriend. The 21-year-old has been surrounded by controversy in recent times, and this is another one to add to the list.


VOTE AGAINST THE PREZ?!?

A sour and angry America poised to punish Dems this fall

And with inflation persisting and Russia's war on Ukraine stoking uncertainty, there are indications that public sentiment is getting worse, not better, posing a growing threat to Democrats' already slim chances of holding onto Congress, they say. The widely watched University of Michigan consumer confidence survey recently touched its lowest level in almost 11 years.

Two days after the 2020 election, Donald Trump Jr texted the White House chief of staff, Mark Meadows, with strategies for overturning the result, CNN reported. "This is what we need to do please read it and please get it to everyone that needs to see it because I'm not sure we're doing it," Trump Jr reportedly wrote, adding: "It's very simple ...


US Denies Next Round Of Plague

A new wave of COVID is coming, and America doesn't seem to care

COVID could become the No. 1 cause of death in the U.S., beating out the most common maladies like heart disease and cancer, a new study warns.

'We Are Tired of Killing': How Long Can Ukraine Trade Land for Blood?

"The Russians are just over there." The Ukrainian marine driving the truck peers intently into the swirling snow, pointing to the line of trees about a half-mile ahead of us. The Russians, he tells me, "they leave their bodies where they fall," and shakes his head.

Mortgage rates are rising at the fastest pace since 1994

The average interest rate for a 30-year mortgage in the U.S. edged up again this week, reaching a level not seen in more than three years. Mortgage buyer Freddie Mac said Thursday that the average rate on the 30-year loan this week rose to 4.72% from 4.67%, the latest in a series of rapid increases.

Two offset smokers sitting near the trailer are the source of Fox & Fire's flavor. While sauce is a popular component of Kansas City barbecue, Fox's meats do not rely on having their flavor enhanced once out of the smoker - they can be enjoyed just on their own.


Local Health Talk Worth A Listen

On this week's episode of the Northeast Newscast we're joined by Samuel U. Rodgers Health Center's new CEO, Bob Theis. Although he's new to the role, he's been with the organization for 15 years. We discuss Question 2, which voters passed last week, to renew the property tax levy for emergency medical, ambulance, hospital, and public health services for 9 years.

A cold morning leads to a picture perfect day

A cold morning leads to a picture perfect day in Kansas City on Saturday.Saturday morning is so cold there's a freeze warning from 1 a.m. to 8 a.m in the morning. Clear skies will have lows in the mid to upper 20s. By later in the day sunshine arrives and the wind dies down.

Wet Leg - Ur Mum is the song of the day and this is the OPEN THREAD for right now.