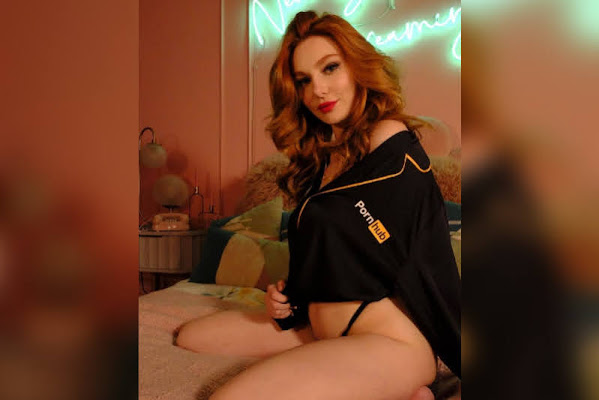 This morning we're around a bit earlier than usual as we take yet another peek at pop culture, community news and top headlines.

KANSAS CITY, Mo. - The weather is warming up, and for many people that means it's farmers market season. Thankfully, the Kansas City area has plenty to chose from, many open from spring to fall, and a few even open year-round.

1859 Jail in Independence in need of repairs

It's been nearly 70 years since major upgrades were done to the historic 1859 Jail on the Independence Square.

During a five-hour Wyandotte Countycommission meeting Thursday, interim county administrator Cheryl Harrison-Lee spoke just once when she deferred a sales tax question to the mayor. The meeting was the first since The Star reportedseveral commissioners were concerned aboutHarrison-Lee's time commitment to her job with the Unified Government of Wyandotte County/Kansas City, Kansas.

Lana Rhoades has just allegedly rug pulled her CryptoSis NFT community. A week after raising $1.5 million USD for her NFT project - her NFT was a cartoon version of herself - it appears she has emptied $1.5 million USD worth of Ethereum from the CryptoSis wallet.

President Joe Biden has been letting loose in private conversations in recent weeks, railing about the factors bogging down his approval ratings and the people he thinks aren't helping -- including Democrats eyeing his job despite his clear promise to run for reelection.

The ex-president is being fined $10,000 a day for failing to answer a subpoena. Former President Donald Trump, in a sworn affidavit, said Friday he possesses no documents subpoenaed by the New York Attorney General's Office -- but the judge overseeing the case declined to end his contempt finding and the $10,000 daily fine.

The controversial head of President Biden's new Big Brother-like disinformation board drew fresh mockery and disdain Friday over cringeworthy TikTok footage of her adaptation of a Mary Poppins song to be about misinformation. Nina Jankowicz's newly resurfaced take on the "Supercalifragilisticexpialidocious" tune was being shared widely online Friday after it emerged she has her own history of spreading disinformation online.

Elon Musk and Rep. Alexandria Ocasio-Cortez had an awkward Twitter interaction on Friday. She slammed a "billionaire with an ego problem" who "controls a massive communication platform." Musk responded, but Ocasio-Cortez said she was talking about Facebook CEO Mark Zuckerberg. In a cringe-worthy social media exchange Friday, billionaire Elon Musk told Rep.

Shanghai said on Saturday it had detected no new daily COVID-19 cases outside quarantine areas, marking a key milestone in its battle to contain the virus, which has paralysed the city of 25 million and put residents in Beijing on edge.

As Vladimir Putin turns his focus to Ukraine's Donbas region, Russia has "been forced to merge and redeploy depleted and disparate units" already weary from Moscow's failed offensives near Kyiv, the UK government has claimed.

The 2022 NFL Draft kicks off this Thursday at 7 p.m. Arrowhead Time. The Chiefs have two selections in the first round, and - at the time of this writing - another 10 selections over Day 2 and Day 3 covering Rounds 2 to 7.


Forecast For The Weekend

A much calmer Saturday for the metro area

Saturday will be windy, but much calmer than Friday night. Winds will gust at around 30 mph. The high temperature will be around 66 degrees. Sunday will be breezy and a little warmer with a high near 69 degrees.Thunderstorms are likely on Monday.

Alesso - Words is the song of the day and this is the OPEN THREAD for right now.