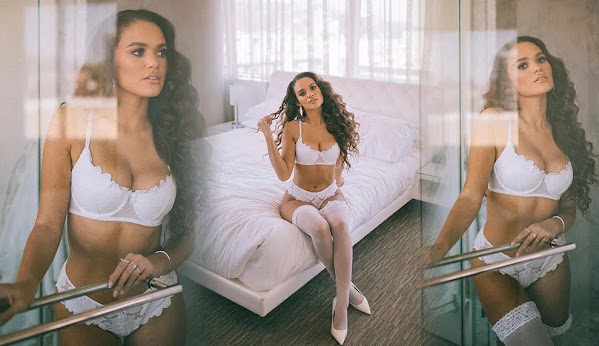 
Forever Tax Breaks Inside The Loop

This week's episode is a listening session with Downtown Council President and CEO Bill Dietrich on Imagine Downtown KC 2030. The Imagine Downtown KC 2030 plan is designed to serve as the primary vision-setting and policy blueprint for shaping a stronger, better, more resilient community with an unflinching commitment to creating an equitable, inclusive, and vibrant Downtown Kansas City.

KANSAS CITY, Kan. - The number of COVID-19 cases are beginning to increase across certain areas of the Kansas City metro, and in all regions of the country, according to experts. While the increase is nothing like the omicron surge, the Johnson County Health Department said it's seeing an increase of COVID-19 clusters at businesses, daycares, and schools.

KANSAS CITY, Mo. - Andrea Penaloza, the owner of Empanada Madness, strives to give her customers an authentic taste of food from her homeland. Penaloza ships ingredients from Colombia to Kansas City. "I want things to taste as authentic as if you were to eat it in my country," she said However, Penaloza says business has been extremely hard.

OVERLAND PARK, Kan. - A woman says a mattress lying in the middle of a busy Johnson County highway caused two cars to wreck. Her son was driving one of them. The crash happened Thursday on Interstate 435 between Roe Avenue and Nall Avenue.

Madison Pettis gives fans an eyeful of her bodacious curves in the latest addition to her feed! The "Cory in the House" star knows how to keep her 4.3 million Instagram followers on their toes with her sizzling lingerie snaps and shared a new photo series that didn't disappoint.

Analysis: Joe Biden's numbers are collapsing among a group you really wouldn't expect

Sen. Mark Kelly (D-Ariz.) offered a stark warning to the administration as he visited the U.S.-Mexico border this week: Without a comprehensive plan, they could face a "humanitarian crisis." The administration's decision to end the Trump-era Title 42 policy, which allows for the rapid expulsion of migrants at the border and blocks them from seeking asylum...

Psaki pushes back against Fox criticism

White House press secretary Jen Psaki on Friday pushed back against criticism from Fox News host John Roberts, who slammed Psaki for saying during a recent interview that his cable news network asks "stupid" questions. In a Friday night tweet, Psaki said both she and Fox News reporter Peter Doocy - whom the White House...

In the Kyiv region, authorities have reported finding the bodies of more than 900 civilians, most shot dead, since Russian troops retreated two weeks ago. Smoke rose from the capital again early Saturday as Mayor Vitali Klitschko reported a strike that killed one person and wounded several.

Liquid Death makes no apology for its provocative marketing-in fact, the brand runs headlong into eyebrow-raising territory on the reg, drawing blood from Tony Hawk, hexing its own water and cozying up to cannibalistic themes to name just a few recent stunts.

Last night, KC Current took on the Houston Dash at Children's Mercy Park. KC won 2-1 over the Dash in the Challenge Cup Group Stage. Our goals came from Current goals came from Kristen Hamilton in the 4th minute and Victoria Serena Pickett in the 80th minute.

On Monday's Arrowhead Pride "Draft Room" podcast After NFL Network's "Good Morning Football" co-host Peter Schrager suggested during Monday's show that there might be a run on wide receivers in the first round of the draft , Pete Sweeney had some thoughts.

On Saturday KC will be starting near freezing and breezy with a low in the middle 30s. A sun and cloud mix will follow during the day.The high is around 57 for Saturday. Sunday is an impact weather day due to rain and a few thunderstorms. The rain may affect outdoor Easter activities.

Lizzo - About Damn Time is the song of the day and this is the OPEN THREAD for right now.