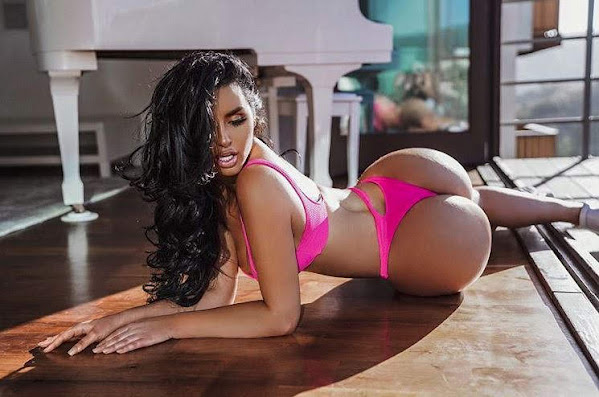 Right now hottie Abby inspires us to keep up with all of the amazing and horrible stuff we're watching via pop culture, community news and top headlines.

At Waldo's Spring Fling with The Strawberry Swing on April 30, It's All About Locally Made Products - In Kansas City

Sponsored. Content Whether you're searching for the perfect Mother's Day gift, your next favorite T-shirt, or something one-of-a-kind for a loved one's birthday, you're bound to find something that calls to you at Waldo's inaugural Spring Fling Festival with The Strawberry Swing on April 30. A similar concept to Waldo's reimagined 2021 Fall Festival, the...

KANSAS CITY, Mo. - Inflation and subsequent financial adjustments have affected various facets of everyday life, including the ability to give back to one's community. Such changes in turn are affecting people who rely on local programs for assistance. "I get $250 dollars of food stamps every month, and it used to last every month," said Vincent Flores of Kansas City.

There's no place like home for Kansas City design firm KEM Studio. An affiliate of the architecture firm on April 6 acquired Stockyards Place, a mixed-use building at 1515 Genessee St., from Bill Haw Sr., according to Jackson County property records. A purchase price was not available.

After a nearly month-long break, Kansas lawmakers head back to Topeka today for their final wrap-up session. Topping the agenda will be efforts to overturn Gov. Laura Kelly's vetoes of a "parents' bill of rights" and a ban on transgender athletes competing in girls sports.


Everybody Ends Up Working For Bezos

Last Thursday, the NFL said it will announce the date and time of one of its 2022 games during the first round of the NFL Draft this Thursday night: the second Thursday Night Football game of the season on September 15.

Lou Schuler, a fitness author, worked out hard all his life. That may be what caused him to suffer a sudden injury. Here's how you can adjust your training to prevent a similar catastrophe.

Just 41% of young Americans approve of President Joe Biden's job performance, according to a new Harvard Institute of Politics poll of adults ages 18-29 released on Monday. That's down from 46% in fall 2021 and a 59% majority last spring -- a trend also seen in other recent surveys.

Attorneys for Donald Trump and New York Attorney General Letitia James' office came head-to-head at a hearing Monday morning over whether the former president should be held in civil contempt for failing to comply with a document subpoena.

Evidence some Ukrainian women raped before being killed, say doctors

Forensic doctors carrying out postmortem examinations on bodies in mass graves north of Kyiv say they have found evidence some women were raped before being killed by Russian forces.

Ukraine apologizes, removes Hirohito from video showing him with Hitler and Mussolini

Tokyo - After Japan protested, Ukraine's government has apologized and removed a photo of Japanese wartime Emperor Hirohito from a video showing him with Adolf Hitler and Benito Mussolini, officials said Monday. Japan will continue to support Ukrainians who are defending their country from Russia's invasion despite the "completely inappropriate" portrayal of Hirohito, Deputy Chief Cabinet Secretary Yoshihiko Isozaki said.


Faith In The System

Kennedy claims the school violated his First Amendment rights by not re-upping his contract. A federal appeals court ruled that the coach was acting as a public employee when he prayed after games. The Supreme Court is likely to rule in the case early this summer.

The NFL announced Thursday the headlining acts for the 2022 NFL Draft Concert Series presented by Bud Light. Weezer, Ice Cube and Marshmello have all been selected as the headliners this yearThe three musicians will play separately with one performing on each night of the NFL Draft in Las Vegas, April 28-30.The three superstar acts are sure to elicit excitement from music and football fans in Kansas City.

A new week means new music discovery on 90.9 The Bridge! We've got more tracks to add to our playlist of current songs - including tracks from Neko Case, Lizzo, Porridge Radio and more.

The Kid LAROI - Thousand Miles is the song of the day and this is the OPEN THREAD for right now.