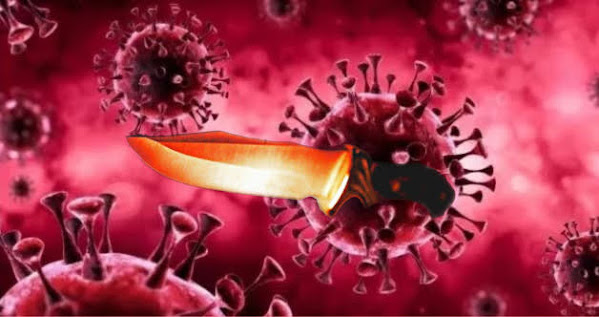 The KCPS has disappointed everyone with their response to a horrific murder in one of their buildings.

What's worse is that they're blaming the pandemic for a problem that has worsened over the past 25 years i.e. EVERYBODY knows KCPS is the school of hard knocks wherein most students suffer tough lessons about horrific violence, crime with very little consequences confronting perpetrators.

The virtual learning debacle was crafted, in part, by KCPS officials . . . So the blame shift isn't logical and doesn't make sense like most public school policies.

With educators having to teach virtually during most of the pandemic, administrators believe that's now put a lot of kids on edge.

"Our students were socially isolated for almost two years and so them being able to reconnect and learn how to really just be in the same space with others and being able to engage [is important]," Dr. Lateisha Woodley, assistant superintendent of student support for KCPS said. "So we've seen a heightened level of conflict within our buildings."

Conflict is also plaguing the streets as KCMO has experienced yet another year with a high amount of homicides.

KANSAS CITY, Mo - Board members with Kansas City Public Schools met for the first time on Wednesday since a deadly stabbing at Northeast Middle School. With a criminal and internal investigation still underway, there weren't any specifics about the incident. However, board members did discuss what steps the district is taking to prevent another tragedy.


KCPS holds first Board of Education since fatal stabbing of teen

The Kansas City, Missouri School Public Schools held its first school board meeting since a teen was killed at Northeast Middle School. Fourteen-year-old Manuel Guzman was stabbed to death two weeks ago.Since then, school security has been a concern among parents.