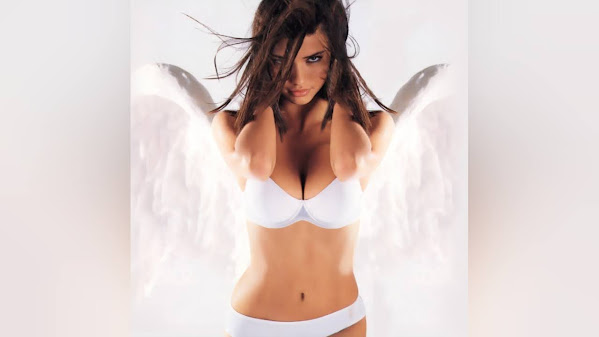 Right now the legacy of angel Adriana inspires our peek at pop culture, community news and top headlines as we consider our tiny corner of the world in context of the big picture . . .

KANSAS CITY, Mo. - Mother nature brought strong gusts of wind around the metro Saturday. Unfortunately, it was no match for the trees as one tree snapped and fell on a home on South Hocker Avenue. "The wind was blowing, I was sitting here watching TV, heard something.

LAWRENCE, Kan. - Kansas junior guard Christian Braun announced he has declared for the 2022 NBA Draft. Braun started 39 games for the Jayhawks this past season and averaged 14 points per game. Braun became the 65th player in Kansas history, 20th under Bill Self, to score 1,000 points for his career.

Leaf & Brush pick up for south KC starts this week

Free curbside pickup of sacks and bundles of leaves and brush for KCMO residents who live from 63 rd St. south to the city limits or east of Blue Ridge Cutoff will be on their regular trash days from April 25-29. Residents may set out curbside by 7 a.m.

Lima announced earlier in the week that she is pregnant with a boy, posting a gender reveal to TikTok and Instagram. This is her first child with boyfriend Andre Lemmers; she shares two daughters with her ex-husband Marko Jarić, per .

WILMINGTON, Del. (AP) - President Joe Biden on Sunday commemorated the 107th anniversary of the start of the "Armenian genocide," issuing a statement in memory of the 1.5 million Armenians "who were deported, massacred or marched to their deaths in a campaign of extermination" by Ottoman Empire forces.


NAPOLEONIC TRIUMPH FOR PROGRESSIVES ACROSS THE WORLD!!!

Former President Donald Trump says Prince Harry is "an embarrassment" for turning his back on Buckingham Palace - and predicted the runaway royal's controversial marriage to Meghan Markle will have a "bad" ending. Trump, speaking on "Piers Morgan Uncensored" in an interview airing Monday night, maintained that Harry "is being led around by his nose" by his ex-actress wife.

s Ukraine celebrated the high point of the Orthodox year, the capital's Pechersk Lavra - a monastery complex that has allegiance to the Moscow Patriarch - held an Easter service under unusually strained circumstances. Normally, streets across Ukraine on the night before Easter Sunday would be dotted with Orthodox believers walking to church.


American Crisis In The Making

This might be the hottest housing market ever recorded. Over the past 12 months, U.S. home prices are up a staggering 19.2%. For comparison, in the years leading into the 2008 housing bust, the biggest 12-month jump was 14.5%.

A French priest was stabbed multiple times and a nun was also injured in a knife attack Sunday. The incident happened at Église Saint-Pierre-d'Arène de Nice, a Catholic Church along the French Riviera. French national and municipal police responded to the incident and placed the suspect under arrest.

It took several hours, and several humans, but 11 ducklings in Overland Park have been safely returned home. A Facebook post, detailing the ducklings adventure over a spillway on Friday, garnered some attention thanks to pictures of the fluffy ducks.