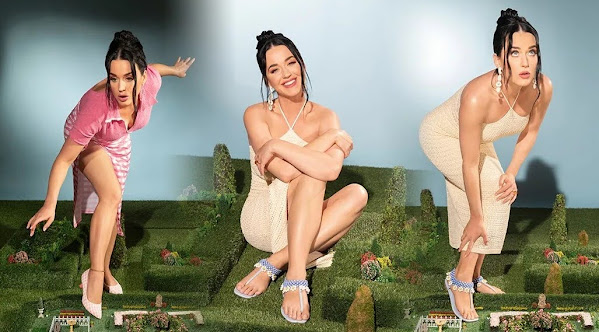 We keep it kinda classy this morning with a bit of promo from hottie Katy as we check pop culture, community news and top headlines.

KANSAS CITY, Mo. - More people looking to help the environment are turning to a different form of trash collection. Compost Collective KC tells FOX4 they're seeing more people pay to have food waste like food scraps, coffee grounds, and banana peels collected to be turned into nutrient-rich soil, even though it costs money every month for the pick-up, and requires them to separate those items out of their garbage.

KANSAS CITY, Mo. - The Kansas City Fire Department responded to an apartment fire on East 42nd Street near Pittman Road early Friday morning. According to crews on the scene, nine children and six adults were taken to the hospital after the incident. The condition of those 15 people is unknown.


Fate Of Democracy In The Dotte

The Kansas gerrymandering trial in Wyandotte County is almost over. Here are the takeaways

KANSAS CITY, Kansas - A trial in state court challenging the recently drawn Kansas congressional map is soon coming to a close after several days of arguments over whether state lawmakers crafted districts to benefit Republican candidates.

A Kansas woman is still breaking barriers almost 10 years after her death. Teresa Cuevas will soon be the first woman immortalized in a bronze statue on Topeka's Kansas Avenue.But it's why she's getting the honor that makes her one of our Project Community Champions."It's nice that she's the only female at this point anyway," said artist Joe Skeeba.One Kansas artist is crafting another."This is very, very rough," Skeeba said.

Katy Perry was seen in a form-fitting light purple dress while on a beach in a photo shared to Instagram on Tuesday. The I Kissed A Girl singer was also modeling the sandals from her rebooted shoe line, Katy Perry Collections, which she first launched in 2017 with Global Brands Group, but has now retained ownership of.

A Push for Normalcy Tests the Gerontocracy

Yesterday afternoon, President Joe Biden hosted a good old-fashioned bill-signing ceremony at the White House. Before an audience of several dozen in the State Dining Room, the president celebrated the long-awaited enactment of a postal-reform bill. After his brief remarks, a large, bipartisan group of lawmakers crowded around Biden as he put pen to paper on the legislation.

Why Trump is still deflecting responsibility for Jan. 6-and blaming Pelosi

Donald Trump says he wishes he could have marched to the Capitol on that fateful day. Whether or not he really wanted to trudge a mile down Pennsylvania Avenue with a massive group of supporters-a president protesting outside the dome over an election he insisted he hadn't lost?--this is yet another insight into his mindset about Jan.

The New York Times is updating its policies for how its journalists use Twitter, and is emphasizing that use of the social media platform is optional given the dangers of online harassment. In a memo to employees on Thursday shared with The Hill, Dean Baquet, the newspaper's top editor, announced what he called a "reset...

Russian troops in Ukraine's north have withdrawn and at least some of them will be transferred to the eastern Donbas region, the U.K.'s Defense Ministry said Friday. Ukrainian leaders have warned that the fighting in the Donbas, where Russia has been engaged in military operations for years, is expected to be brutal and resemble the battles of World War II.


Top Doc Warns Of The Fall

US likely to see a surge of Covid-19 in the fall, Fauci says | CNN

Dr. Anthony Fauci, director of the National Institute of Allergy and Infectious Diseases, said on Wednesday that he thinks there will be an uptick in cases of Covid-19 over the next few weeks, and that it is likely that there could be a surge in the fall.

OnlyFans model, 25, arrested in stabbing death of her boyfriend, 27

Courtney Clenney, 25, was arrested for her boyfriend's murder Sunday night The social media influencer stabbed Christian Obumseli, 27, in the shoulder during an apparent domestic dispute at their Miami condominium Obumseli was rushed to a nearby hospital where he died from his injuries It is unclear if Clenney stabbed

Britt Frank. A bit of The Pitch housekeeping here, and a neat announcement. We're starting a new bi-weekly column with local psychotherapist Britt Frank (MSW, LSCSW, SEP, other letters as well), who is going to do an advice column... for you and your submissions.

INDEPENDENCE, Mo - Eclairs De La Lune, a local French bakery in Independence, is leading a community-wide fundraiser to help restaurant owners in Odessa, Ukraine with their relief efforts. Owner Erin Luttrell said one of her regular customers, an immigrant from Ukraine in the 90s, came to her asking for help.

It's April, but keep your coat handy You can expect blustery conditions this evening, so keep those heavy coats handy! We're tracking light rain and snow showers tonight into Friday morning, too. Luckily, no travel issues due to winter weather are expected.

Weezer - A Little Bit of Love is the song of the day and this is the OPEN THREAD for right now.