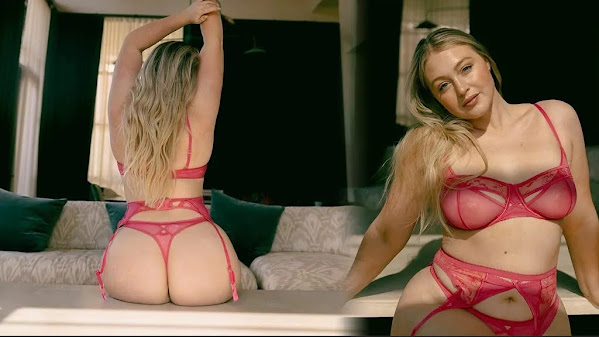 OVERLAND PARK, Kan. - From public parks, to restaurants, community centers, and apartment complexes, pickleball courts are popping up all over the Kansas City area. Information from the USA Pickleball's 2022 factsheet showed the average age of a pickleball player dropped below 40 in 2021.

LEE'S SUMMIT, Mo. - There is new road construction work that drivers in Lee's Summit will need to get used to this week. Crews closed the on and off ramps from eastbound U.S. 50 Highway to Chipman Road Monday morning. It will remain closed when crews also close the other three ramps on Friday.

Iskra Lawrence didn't know how motherhood would impact her career. The 31-year-old model, from Worcester in the West Midlands, welcomed her son into the world in April 2020. The doting mum, who now lives in Los Angeles with her partner Philip Payne, feared she may have to take a step back from photoshoots as she juggled family life.

More than a year since he left the White House, Donald Trump remains the most popular Republican figure in states with high-profile 2022 races.

Targeted by Trump, Cheney hauls in nearly $3 million the past three months for her re-election run

Repeated attacks by former President Donald Trump as he tries to oust Rep. Liz Cheney from Congress keep fueling massive fundraising by the Republican lawmaker from Wyoming. Cheney - the most high-profile of the 10 House Republicans who voted 15 months ago to impeach Trump for allegedly sparking the Jan.

Ukrainian President Volodymyr Zelenskyy warned his nation in a nightly address Sunday that the coming week would be as crucial as any in the war and accused Russia of trying to evade responsibility for war crimes. "When people lack the courage to admit their mistakes, apologize, adapt to reality and learn, they turn into monsters.

The struggle is real: 63% of adults say stress levels at all-time high

NEW YORK - COVID quarantine may be over, but the loneliness is still there for many. Over half of Americans feel alone when it comes to their mental health.

NASCAR pair Ty Gibbs and Sam Mayer got into a furious fistfight in front of stunned fans at the Martinsville Speedway. Brandon Jones took the chequered flag during a hotly contested Xfinity Series race on Friday night in Virginia. But it was events after the race ended that got tongues wagging, with Gibbs and Mayer brazingly brawling on the track.

It's back to the mega-mansion drawing board for Ben Affleck and Jennifer Lopez ... we've learned they'll no longer be moving into a $55 million estate in Bel-Air. Sources close to the seller tell us ... the deal fell out of escrow.

For Abarelli, tweaking variables in the pizza-making process to achieve the "ideal fermentation" started him on the journey to where he is today. Nowadays, he can make up to 100 pizzas over the course of a weekend. "Humans have been curating wild fermented foods since as far back as we know," he says.


Kansas' Mitch Lightfoot: 'Hey Patrick Mahomes, did I do this right?'

An isolated shower or thunderstorm is possible this morning with a cloudy sky becoming mostly sunny this afternoon. High 67. Scattered clouds and sunshine Tuesday, very warm and windy. High 82. Scattered downpours and thunderstorms are likely Tuesday evening/night into early Wednesday morning. Some thunderstorms may be severe with hail, damaging wind and tornadoes possible.

Maggie Rogers - That’s Where I Am is the song of the day and this is the OPEN THREAD for right now.