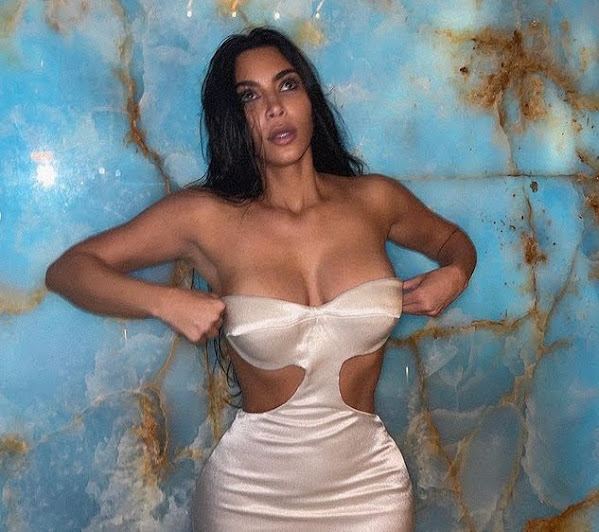 Right now hottie mogul Kim and the many curves she throws at MSM inspire this quick collection of pop culture, community news and top headlines . . .

Attorneys in Kansas City are celebrating the confirmation of Judge Katanji Brown Jackson to the Supreme Court of the United StatesThe vote had bipartisan support from Republicans and Democrats.

Most Kansas City, Missouri, residents who went to the polls Tuesday voted yes on allowing the city to issue $750 million in sanitary sewer revenue bonds, a key step toward compliance with the Clean Water Act after reaching a multi-billion dollar agreement with the EPA in 2010.


Will Kansas City Activists Save Us From Sky Falling?!?

The Kansas City chapter of the Sunrise Movement, a national youth-led environmental action organization, held a town hall-style event on Wednesday April 6 to call for city climate policy that centers low-income communities and communities of color. The gathering, held inside St.


About So Much Sniffling

Allergy season means a lot more cold-like symptoms that may not be related to COVID-19.One Kansas City allergist offers some tips on how to recognize whether it is COVID-19 or just allergies."Kansas City is the capital of the allergies.

KANSAS CITY, Mo. - The National Trust for Historic Preservation awarded $25,000 to the Shawnee Tribe Thursday through the Telling the Full History Preservation Fund . One of 80 grants given to organizations nationwide, the funds are to aid with "projects that helped preserve, interpret and activate historic places to tell the stories of underrepresented groups in our nation," according to a press release .

Kim Kardashian flaunts her figure in a backless gown with cutouts

Kim Kardashian showed off her incredible curves while rocking a strapless white backless gown with two cutouts across her midriff on Thursday. As she stood in front of a blue and gold marble wall, the 41-year-old reality star struck a series of sexy poses as she ran her hands through her wavy waist-length hair and smoldered directly into the camera.

Former President Obama was called out on Twitter Thursday for presenting what some called a "revisionist history" about his record with Russia. The former president was participating in the "Disinformation and the Erosion of Democracy" conference at the University of Chicago, where he told the audience and The Atlantic editor-in-chief Jeffrey Goldberg, that he had been encouraged by the global response to aid Ukraine after Russian President Vladimir Putin invaded the country in February.

New York Attorney General Letitia James is seeking to hold former President Donald Trump in civil contempt over his efforts to stonewall her civil tax fraud investigation. In court filings Thursday, James' office said Trump failed to comply with a judge's order to turn over subpoenaed documents and asked the judge to fine the former president $10,000 a day until he turns the documents and records over.

Germany's foreign intelligence service told a parliamentary committee Wednesday that it has intercepted radio communications where Russian soldiers talked about shooting soldiers and civilians in Ukraine, a source with knowledge of the meeting said.

WASHINGTON - A fresh wave of Covid-19 cases swept through the nation's capital this week, striking officials at the highest levels of government and disrupting business just as President Joe Biden and other political leaders are urging a return to normalcy.


No Justice For Diva Doggie

Casi Joy. // Courtesy Casi Joy Two years ago, we spoke with singer Casi Joy right at the start of COVID quarantine about her time growing up in Kansas City and her success after appearing on NBC's The Voice. In the intervening time, her success has grown even more, and Joy is headed back to Kansas City this weekend to...

GLADSTONE, Mo. - A Missouri Lottery player won $4 million after buying a lucky ticket in Gladstone. The winner discovered their prize on a "$4,000,000 Payout" Scratchers ticket, purchased at Zedz, located at 7020 N. Oak Trafficway in Gladstone.

Another chilly day for your Friday