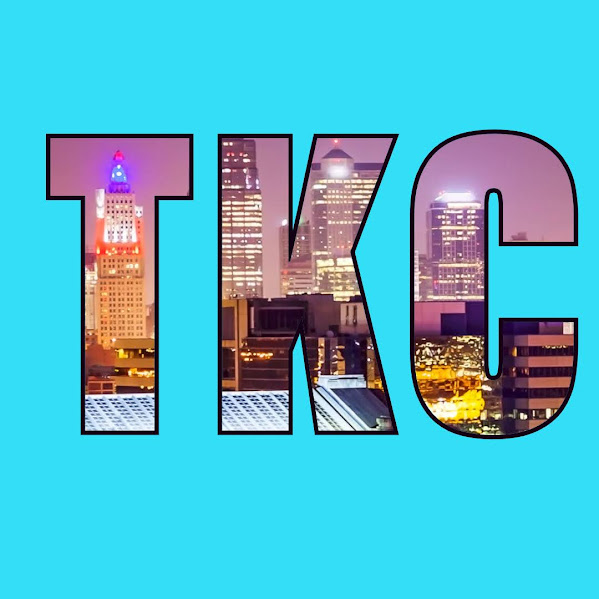 For close readers we share a bevy of local links, news and info worth a peek and consideration for the most dedicated denizens of the discourse . . .

Most of these reports are of use to locals who want an overview of our community without slap fighting about politics . . . For now.

It has been a common problem for past Royals' teams to start slow, both offensively and with early season losing streaks. It's still early, but Kansas City has been held under four runs in four of its first six games and are now in the midst of a four-game losing streak after a 4-2 loss to the Tigers Thursday night.

Firefighters in Kansas City, Kansas battled a large fire at an abandoned apartment building Thursday evening.A huge black column of smoke could be seen from miles away all around Kansas City. The three-story building is in the 1400 block of Federal Avenue.The assistant fire chief said the building was boarded up.

KANSAS CITY, Kan. - Crews with the Kansas City, Kansas Fire Department are on scene of a vacant three story apartment fire in the city's Rosedale neighborhood. The fire was reported just after 7 p.m. near S. Mill Street and Federal Avenue.


Kansas City Fashion Week is in full swing. Here's what you need to know about the shows

Kansas City Fashion Week is underway. The two-week-long festival showcases the work of local, national and international designers on runways, with an opportunity to buy some of the designer's clothing. Taking place in Union Station, it's a celebration of all things fashion. If you missed the first week, don't worry.

KANSAS CITY, Mo. - The Kansas City Zoo will host a unique, immersive Asian lantern festival this fall. The GloWild lantern festival will be the largest and first of its kind in the Midwest and will feature handmade lit sculptures of animals, local landmarks, flowers and cultural symbols.

Behind the scenes of Lotawana. // Photo by Cori Jo Hawkins "How long does it take to make a movie?" Trevor Hawkins says he was 28 years old when he asked his wife, Cori Jo, that fateful question. "When I was in my 20s, I decided I wanted to be in production on my first feature by 30," he explains....

OVERLAND PARK, Kan. - The Blue Valley School District will no longer provide transportation to students who live within 1.5 miles from school. The district's board of education recommended approving the change during a meeting Monday evening. It will take effect starting next school year.

KANSAS CITY, Mo. - There's plenty on the plates of those who plan, prepare and serve meals in the Shawnee Mission School District. Representatives of the district's food service department gave an update at Tuesday's school board workshop. The department's mission statement is "School meals, we serve education everyday."

A special cooking class was held Wednesday in Overland Park with the goal of teaching some traditional Ukrainian dishes and raising money for humanitarian relief."You get to practice as you go," said Tonda Edwards.Edwards admitted that she's not real familiar when it comes to cooking traditional Ukrainian food.That's one of the many reasons why Edwards wanted to take the cooking class, but she said she also wanted to help."We have to show support in big ways and small ways like these events," she said.It's called Tasting Ukraine.

INDEPENDENCE, Mo. - Hearts are heavy in Independence, Missouri. Independence City Councilmember At-Large Karen Deluccie, who'd just been elected to a third term, died on Tuesday afternoon. City leaders said Deluccie had been diagnosed with lung cancer in February. "Karen wasn't really an official. She only was a person.

The Titanic sunk 100 years ago, and to honor the ship and the anniversary, one south Kansas City man is building his own version of it."I like the larger LEGO models," said 90-year-old Bill Fields Jr.Fields is an engineer to the extreme."Most of my models are big ones," he said.They are so big that he has got his own showroom at the Villa Ventura Retirement Community."What do they say?"

A portion of U.S. 56 between Gardner and Edgerton in Johnson County has been renamed in honor of a man from the area who died during the Iraq War. The stretch will now be known as PFC Shane Austin Memorial Highway in honor of the 19-year-old county resident killed in action in 2006.

Santana. // Photo by Chris Ortiz Santana T-Mobile Center Tuesday, April 12 On Tuesday night, Santana played the T-Mobile Center as part of their Blessings and Miracles tour in support of the band's 26th studio album of the same name. In addition to songs from the band's massive back catalog and more recent albums, the show saw Santana cover songs...