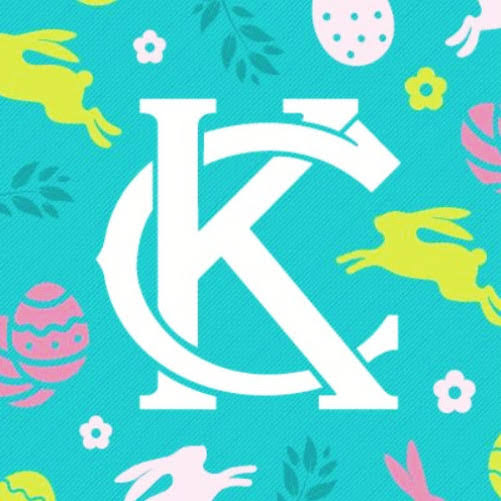 We're EXCEPTIONALLY grateful that readers are spending a bit of time with us on this holiday.

For everybody else, we continue our grind at a Sunday pace . . .

Accordingly, we offer more than a bit of community news, pop culture and top headlines . . .

KANSAS CITY, Mo. - Shelter KC's Easter Sunday service and breakfast in Kansas City, Missouri, means more than just another holiday to its residents. Many of them are overcoming addiction, homelessness and more, and are enrolled in a men's and women's recovery program.

CODY: TRADITION RETURNS IN A BIG WAY LATER THIS WEEK IN THE CITY OF FOUNTAINS. FOUNTAIN DAY IS TUESDAY IN KANSAS CITY, MISSOURI. A TIME WHEN MORE THAN 40 OF ETH CITY'S PUBLICLY-OWNED FOUNTAINS COME ALIVE FOR THE SEASON. U YO KNOW, THERE'S A LOT OF WORK THAT GOES INTO PULLING TSHI OFF, AND A HEFTY PRICE TAG.

KANSAS CITY, Mo. - Over the last few years, school districts like Kansas City Public Schools were moving away from a punitive mindset and moving toward restorative practices. However, the pandemic halted those important sessions. Experts say trauma is showing up in more violent ways in some students' lives.

KANSAS CITY, MO (KCTV) -- Two children were injured after a vehicle struck a large tree Saturday afternoon in Kansas City. Police say the crash happened at 4:12 p.m. Saturday at NE 49th Street and North Campbell. A crash report states the driver lost control of their vehicle as the group was trying to leave an event at a local church.

Photos: 2022 Chrism Mass at Cathedral of the Immaculate Conception - The Catholic Key

At the Chrism Mass, the presbyterate renews their commitment to priestly service and oils are blessed for use in the sacraments. This year, the Little Sisters of the Poor presented Oil of the Sick to be blessed for use in Anointing of the Sick, while members of Holy Cross parish (where many are entering the [...]

Kate Middleton's Easter fashions so good she wore them twice

Kate Middleton is known for her habit of rewearing outfits or pieces from her wardrobe sometimes 10 years apart. This is attributed to the duchess's interest in following sustainable practices but sometimes outfits just appear to have been so successful she decided to wear them twice.


El Papa Fears The Big One

The pope makes an Easter plea for peace in Ukraine, citing a nuclear risk

VATICAN CITY - On what is supposed to be Christianity's most joyful day, Pope Francis made an anguished Easter Sunday plea for peace in the "senseless" war in Ukraine and in other armed conflicts raging in the world, and cited the "troubling" risk of nuclear warfare.

US rocked by 3 mass shootings during Easter weekend; 2 dead

Ukrainian President Volodymyr Zelenskyy has urged President Biden to visit Ukraine and see the carnage that Russian troops have exacted on the civilian population. "It's his decision of course, and about the safety situation, it depends," Zelenskyy told "State of the Union" host Jake Tapper.

Trump stopped taking calls after announcing his endorsement of JD Vance, per The Washington Post. The ex-president injected himself into the Ohio GOP primary to the dismay of some party chairs. Over two dozen leaders sent Trump a letter in an unsuccessful bid to ward off a Vance endorsement.

WASHINGTON - The Covid-19 pandemic that has shaken the world for the past two years has entered a new phase, one driven by a combination of fear, apathy and uncertainty. In some parts of the country, masks have become a rare sight and the assumption is the pandemic is over.

After Twitter's board on Friday moved to shore up defenses against Elon Musk's hostile takeover bid, Musk has sought to use the company's platform against it, launching a series of critical tweets at the board this weekend. Those messages sought to characterize the directors as irresponsible for turning away Musk's overtures.


About The Supply Chain

At long last, the Ever Forward is free. After weeks of tugging, pulling, digging and dumping, the 1,095-foot cargo ship was pried from the muddy clutches of the Chesapeake Bay Sunday morning. Two pulling barges and five mighty tug boats shimmed the massive ship backward and sideways until she was dislodged just before 7 a.m.

Tax Day laggards: Consider filing for extension if in a rush

WASHINGTON (AP) - Millions of Americans wait until the last minute to file their taxes and this year is no exception.

DETROIT -- The Detroit Tigers' series finale against the Kansas City Royals on Sunday has been postponed due to rain and cold. The decision was made more than three hours before the scheduled 2:10 p.m. Eastern start time. The Tigers have another day off on Monday before opening a three-game series against the New York Yankees on Tuesday night at Comerica Park.

Five Kansas City Chiefs players who must step up in 2022

The Kansas City Chiefs are coming off an interesting season where they finished 12-5, earned a No. 2 seed in the conference, won the AFC West for a sixth consecutive year, and hosted the AFC Championship Game for the fourth year in a row. The Chiefs were an overtime period away from the Super Bowl.

LAWRENCE, Kan. - KU's MVP is headed to the next level. At the end of the year banquet for the men's basketball national champion Kansas Jayhawks, head coach Bill Self stated that their star senior Ochai Agbaji is now getting ready for the NBA Draft.

'It's like having a mirror': KC artist Krizz Kaliko spreads mental health awareness through song

SHAWNEE, Kan. - Kansas City's own Krizz Kaliko discussed mental health through song Saturday during his "Stop The World Speaking Concert ." Behind the curtain, he connected with fans, including long-time supporter Matthew Williams. "At one point, I dealt with a lot of issues, which is my own depression, and it was good to always hear somebody's voice that felt like it was truly my story," Williams said.

Rain likely through midday today, but it will clear afterward. High of 48 degrees at midnight, midday temps around 43. Wind is blowing East 10-20 mph.Overnight, frost is likely. It will be clear and calm Monday morning at around 32 degrees.Monday during the day will be sunny and blustery with temperatures around 56 degrees.Another frosty start on Tuesday.

"Rise" is a song written by Andy Armer and Randy Badazz Alpert, and first recorded by trumpeter Herb Alpert. The instrumental track was included on Alpert's solo album "Rise" and released as a single in 1979. It reached number one on the U.S. Billboard Hot 100 in October of that year and remained in the top position for two weeks . . . That's our song of the day and this is the OPEN THREAD for right now.