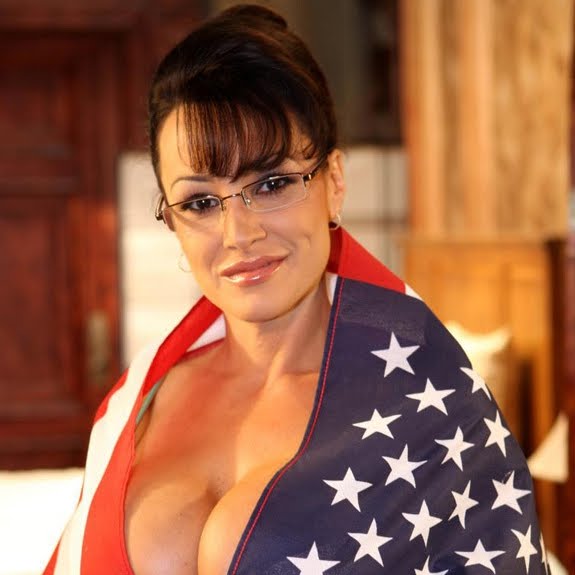 Given our upcoming campaign for Mayor . . . We have to question if the cleavage on this blog is really sustainable.

For use the fair use tribute offers apropos parody and newsworthy reference for the discourse. However, others might disagree.

KANSAS CITY, Mo. - You don't have to be on Bourbon Street, or even in Lawrence, to party for Saturday's Final Four matchup. Kansas Jayhawks fans in the Kansas City metro are ready for KU's game against Villanova, which tips off just after 5 p.m. Kansas City time.

KANSAS CITY, Mo. - Kansas City Streetcar Authority hosted an open house Wednesday evening ahead of a groundbreaking planned next week on a $351 million extension of the line. Phil Thomas uses the 2.2 miles of the existing streetcar line the way many people do between Union Station and River Market.

Anthony Mondaine, who if elected would be the first Black person to serve on the Independence school board, received an email asking for his opinion on critical race theory. His response, he was told, would determine whether the sender would "support you or give my soul to destroying you."

KANSAS CITY, Mo. - An Oak Park High School sophomore who died earlier this week after taking a fentanyl-laced pill will be remembered Friday evening. Family and friends plan to gather at Oak Grove Park in Gladstone around 6:30 p.m. for a candle lighting ceremony.

The city of Lawrence, Kansas, is preparing for a party.Ahead of Saturday's big Final Four basketball game, and hopefully Monday's championship, Lawrence is blocking off part of Massachusetts Street, locally known as "Mass Street," ahead of any potential celebrations. The University of Kansas Jayhawks will take on the Villanova Wildcats at 5 p.m.

Ms. Palin released a statement on Friday that she was entering the race to replace Representative Don Young, who died last month. Sarah Palin, a former Alaska governor and the Republican nominee for vice president in 2008, said Friday that she was entering the race for Alaska's lone congressional seat, marking her return to national politics after she helped revive the anti-establishment rhetoric that has come to define the Republican Party.

Analysis: Why a great jobs report can't save Joe Biden

At the beginning of March, there were signs that President Joe Biden was on the come up.

Years before she became one of then-President Donald Trump's most prominent coup supporters, Ginni Thomas was already notorious in his West Wing for, among other things, ruining staffers' afternoons by working Trump into fits of vengeful rage.

AOC: Biden's bad polls due to 'young people who have not really been served'

Rep. Alexandria Ocasio-Cortez, D-N.Y., spoke to FOX Business Friday about the Biden administration's commitment to more progressive areas of the Democrats' base and the party's chances heading into the 2022 election. FOX Business asked Ocasio-Cortez what the consequences for the Democratic Party could be if President Biden does not deliver on promises on issues such as student loans and climate.

Will Smith resigns from the Academy after Chris Rock slap: 'I am heartbroken'

Will Smith has resigned from the Academy of Motion Picture Arts & Sciences, five days after his first Oscar win. The King Richard star, 53, faced suspension or expulsion for smacking Chris Rock, a stunning incident that overshadowed his big moment.

BeeKC founder David Friesen installs Treehouse Urban Farm's first beehive. // Photo by Michael Cripe Kansas City is buzzing more than ever thanks to a series of beehive installations from local nonprofit BeeKC. The new installations are part of BeeKC's collection of 70 hives across 10 sites in Kansas City.

Chiefs QB Patrick Mahomes on new OT: 'The rules are what the rules are'

KANSAS CITY, Mo. - Kansas City Chiefs quarterback Patrick Mahomes has been on the winning and losing side of the NFL's overtime rules, but now, the league has updated the way overtime plays out in the postseason. "I wish it would have happened a couple years earlier when I played against Tom [Brady] in the playoffs," Mahomes said during an interview on Yahoo!

KANSAS CITY, Mo. - The days are getting longer, and the temperatures are gradually getting warmer. If we haven't had our last snowflakes of the season, then that day is likely near. With the warmer days will come higher humidity, and with higher moisture levels, thunderstorms will be getting stronger.

A Beatles classic was our song of the day and this is the OPEN THREAD for right now.