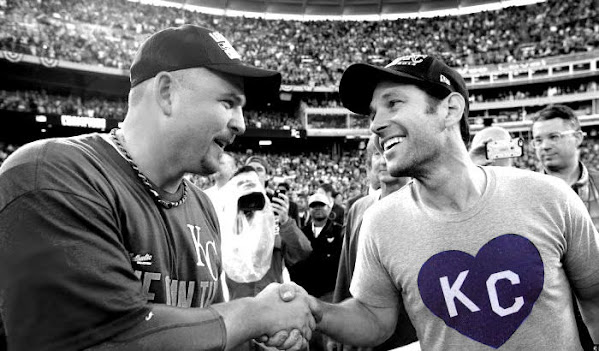 KCMO is getting serious about branding efforts again . . . Or maybe using the old Monarch's logo might have been getting to confusing now that they have a minor league team.

Accordingly, here's a peek at a city hall power move that brings us back to the Mayor Kay era in terms of signage . . .

“The KC moniker has fulfilled its goal of engaging the public and been successful in elevating the level of pride in our city,” Hernandez says. “But after 8 years, it’s time to refresh our look.” The city is in the process of rolling out a new logo that’s essentially the fountain logo, but with stronger lines and “Kansas City Missouri” written in bold font in the middle. The idea is that this new logo will eventually replace the KC moniker everywhere, reining in the municipal branding free-for-all.

Pop quiz: What is the official logo of Kansas City? Is it that heart you see everywhere - the one on Charlie Hustle shirts and the mayor's lapel and, as of last month, at more than 150 public locations scattered across the city? Is it the vaguely heart-shaped fountain found on manhole covers and recycling bins?