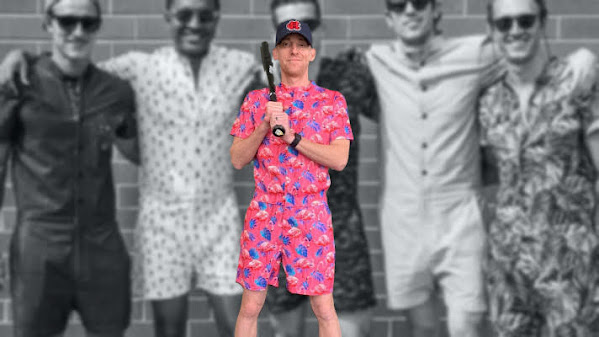 I did not believe, until now, that Jason Kander was out of politics as a candidate and will probably never seek elected office again.

Honestly, I thought it was Photoshop until noticing so many of his friend enjoying the shockingly leggy display.

It's unclear if Kander wanted to give this blog a gift but his bold fashion statement sent us scurrying to offer a hot take on the styling of this political podcast talker.

Honestly we thought the "comeback of this controversial fashion was (thankfully) killed by the pandemic:

The rise and fall of RompHim, the men's romper startup that's shutting down after going viral and raising over $350,000 on Kickstarter

Nevertheless, it turns out that there's still some life in this trend.

We can forgive James Bond for wearing a romper back in 1964's smash hit Goldfinger.

There's a lot of things that a man would be willing to do when entangled with a woman named Pussy Galore. 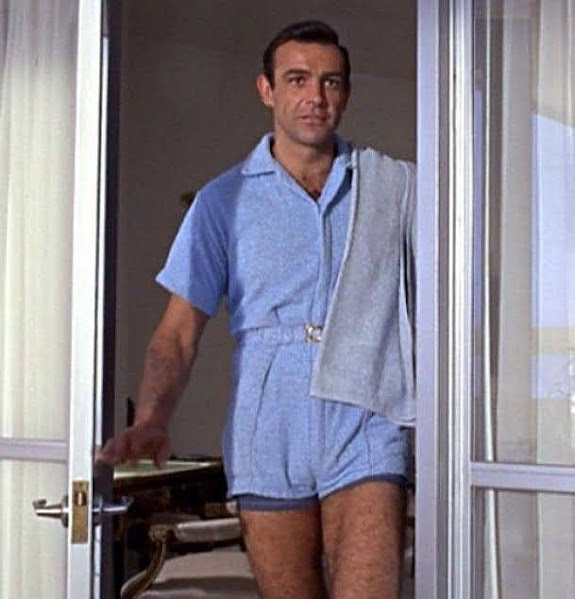 In the Heartland this ready to wear look isn't quite en vogue.

And so Mr. Kander explains that his outfit is an honor of sorts . . .

"I’m not sure why @lee.urban decided the winner of the @kchustlers off-season workout competition would receive a pink floral man romper, but dammit a trophy is a trophy and I’ll wear this one with pride."

Of course Jason Kander doesn't have to justify his clothing choices to ANYBODY but we're happy he's showing his pride on the Internets rather than letting such an impeccable flair remain in the closet.