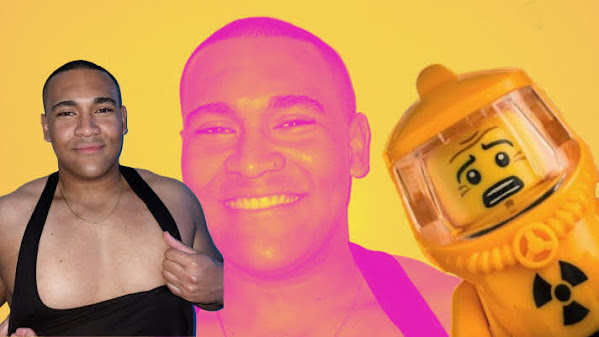 One of the youngest openly gay Kansas City progressive leaders to emerge from Black Lives Matter protests has been making a splash in local politics as of late.

He has garnered a growing number of headlines, served as voice for NEXTGEN causes across the metro and even lead a Greater Kansas City metro area "Climate Summit" over the weekend.

Political insiders are raising an eyebrow at somewhat recent pix he released via social media that might be a bit too revealing for an elected official who hopes to be taken seriously in local government.

On April 3rd, the local political influencer shared the pix with followers using this tag:

Overall, the reaction has been positive.

Teasing nips on Twitter is a time honored tradition and many hotties even make a living that way.

Let's not forget that the 1st District is progressive but showing a lot of skin typically isn't a smart move for most aspiring elected officials.

The August primary typically lends itself to serious, older Democratic Party stalwarts who demand that their leaders take voters seriously and stay on message for the Midterms.

We shared the link and just a bit of our take so we're putting this one to KICK-ASS TKC readers . . .

ARE JUSTICE HORN'S REVEALING SOCIAL MEDIA PIX A BIT TOO MUCH OR WILL THEY GARNER MORE YOUTHFUL & LGBT SUPPORT FROM JACKSON COUNTY'S FIRST DISTRICT?!?