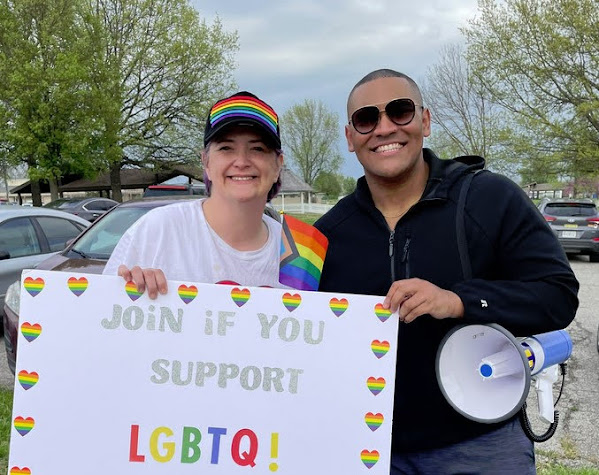 This town's most prolific activist recently enjoyed a regional road trip to show support for his former high school . . .

Meanwhile, here's another interview from inside the school that deserves consideration . . .

Grain Valley High School English teacher Jordan Henson told us he was shocked to learn about the removal of the stickers after such a positive and inclusive experience in the district.

"Those stickers help those kids know for sure they have an ally, they have a support network in the building," Henson said.

Henson says the removal of the signs and stickers sends the wrong message to students.

"I was also disappointed because that seems to run up contrary to all the values that they’ve been building up in that building since I've been there," Henson said.

A Grain Valley teacher is speaking out, after the Grain Valley School District sent out an email announcing the removal of all stickers and signs that referenced being a "safe space" for LGTBQ+ students.