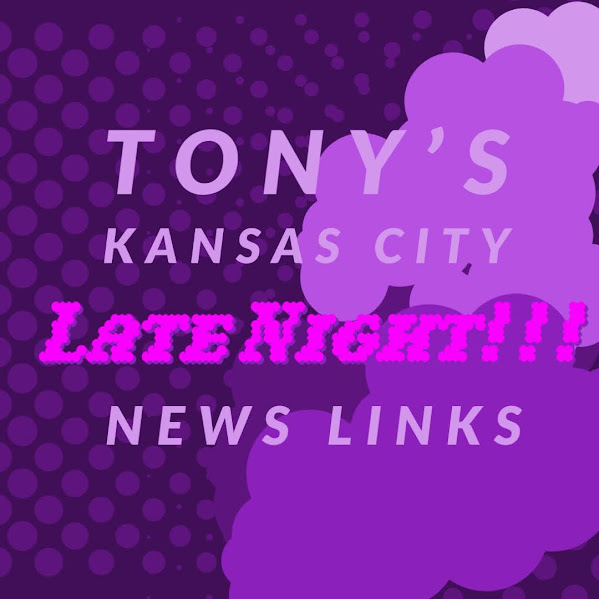 On this rainy night, we hope to keep our most loyal readers company with this quick collection of pop culture, community news and top headlines.

A line of thunderstorms continues moving through the Kansas City area.The storms have weakened some. There are still chances for rain and thunderstorms through 4 a.m. Saturday.Earlier Friday evening, strong storms prompted tornado warnings for Atchison County, Kansas and Buchanan and Platte counties in Missouri. Those warnings expired.


Shelter From The Storm

KANSAS CITY, Mo. - Three Missouri hotels, including one in Kansas City, were named as some of the best in the United States. The Forbes Travel Guide revealed its exhaustive list of the country's top restaurants, hotels and spas as part of its 2022 Star Awards.

OP Fire Dept. SOURCE: OP Fire Dept. A woman and her dog were rescued by Overland Park firefighters when a fire broke out Friday night at an apartment building in 10400 block of Mastin Street.Fire crews were called to the Wycliff West Apartments just after 8 p.m.

The days of free weekend parking in the River Market area are drawing to a close. For years, there has been no charge to park there on weekends and only $1 to park there during the week.

This week, Kansas City FilmFest International welcomed moviegoers in person for the first time in two years. The festival opened at AMC Ward Parkway 14 inside Ward Parkway Center and featured more than 100 feature and short films. In the wake of a pandemic that wreaked havoc on the exhibition industry, filmmakers were eager to share their sources of inspiration.


From Pr0n Star To Legit Actress

Gaffe-prone President Biden has raised concerns after his latest embarrassing blunder, which saw him repeatedly stumble over the word "kleptocracy" during a Thursday speech asking the US Congress for an additional $33 billion Ukraine aid package. "Alarming," Arkansas Senator Tom Cotton tweeted alongside a clip of the concerning slip-up.

The press did pry out of DHS the board's goal to contest disinformation crafted by Russia as well as the general disinformation (authors unstated) that had deceived immigrants from Haiti and other places that the U.S. southern border was open. Republicans like Sen.

A New York judge Friday denied a request by lawyers for former President Donald Trump to lift a contempt of court finding despite the submission of new sworn affidavits from Trump and his attorneys that argue he has complied with a subpoena from the state attorney general.

As her one-year anniversary with the Navy approached last May, Hannah Crisostomo swallowed 196 pain relievers. Her organs shut down. Her brain swelled during multiple seizures and she stopped breathing. She was on life support for eight days, during which time doctors had warned her family that she may never regain normal brain functions.

This is the end of the first week after Twitter accepted Elon Musk's $44 billion buyout offer, and one of the strangest tech transactions ever just keeps adding new twists.

U.S. stocks sunk Friday with the Nasdaq Composite notching its worst month since 2008, as Amazon became the latest victim in April's technology-led sell-off. The tech-heavy Nasdaq Composite fell nearly 4.2% to 12,334.64, weighed down by Amazon's post-earnings plunge. The S&P 500 retreated by 3.6% to 4,131.93.

Blac Chyna 's jury is still deliberating whether the Kardashians are on the hook for tanking her reality show, but Kim Kardashian has already scored a major victory. The judge just tossed out Chyna's defamation claim against Kim, ruling KK made no defamatory statements against Rob 's ex.

KC Chiefs add linebacker Leo Chenal in the third round

With the final selection of three scheduled picks on day two of the 2022 NFL Draft, the Kansas City Chiefs have taken linebacker Leo Chenal at No. 103 overall. Chenal, a 6'2″, 255 lb. linebacker, was a tackling machine last year for Wisconsin with 115 total tackles, including 18 of them for a loss.


Here's The Note From Our 2nd Favorite Hipsters

Letter from the Editor: Love, loss, and Pot Roast

Pot Roast is judging you. // Courtesy Pot Roast's Mom In the social media world, there's a term called "parasocial relationships." It's what happens when you watch too many Instagram posts or YouTube videos from a content creator, and start to believe that you are actually friends.

KANSAS CITY, Mo. - FOX4 is tracking the latest as severe storms move through the area Friday night. A Severe Thunderstorm Warning is in effect until 10:45 p.m. for Johnson, Leavenworth, Miami, and Wyandotte counties in Kansas and Cass, Clay, Jackson and Platte counties in Missouri.

Kehlani - everything was the song of the day and this is the OPEN THREAD for right now.