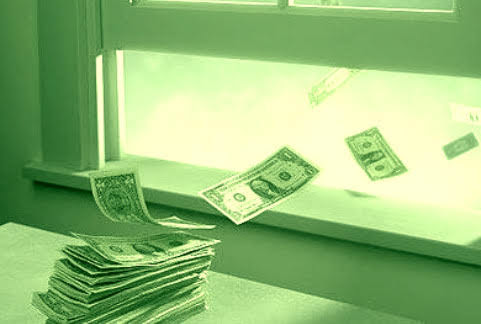 Credit where it's due . . . Dead Tree media does a great jorb offering insight into this local court slap fight and so many hard feelings that persist.

Here's a bit of backstory and the deets on how the sitch got so bad and/or why your grocery store clerk is 90 years old . . .

The alleged mismanagement of this plan would eventually become the subject of multiple lawsuits, including one filed by DuCharme in 2017. Five years later, he and other DST employees and retirees seeking restitution find themselves mired in a Kafkaesque legal morass that has seen DST’s legal team disagreeing with its own previous arguments and federal judges issuing diametrically opposed orders.

DST, which provided data processing services, was one of Kansas City’s largest employers for decades until being acquired by a competitor, SS&C, in 2018. DST offered its workers a retirement plan with two parts. One was a traditional 401(k) whose investments people like DuCharme could control. The other part was a profit-sharing plan, over which employees and retirees had no say. That plan was managed by a New York investment advisory firm hired by DST called Ruane, Cunniff & Goldfarb Inc.

At one point, DST’s profit-sharing plan had sunk as much as 45% of its funds into Valeant. In 2015, the drug company lost 90% of its value, skidding down to $15 per share from a high of $260. For DST employees and retirees, the losses added up to nearly $400 million. The company soon found itself in court defending several class-action lawsuits.

It was 2015, the American economy seemed more or less healthy, but Jim DuCharme's retirement savings at DST Systems were melting away as if the markets were in crisis. Worst of all, there was nothing he could do but watch.