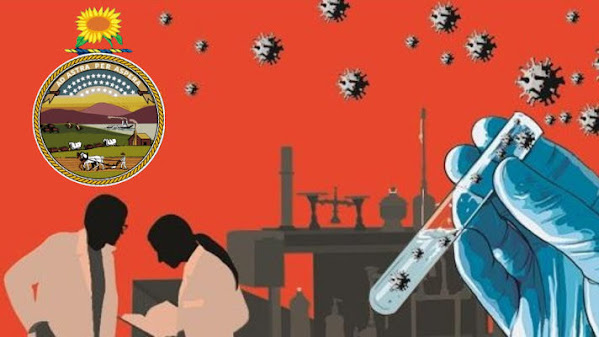 We talked about this last year and now it's news fact.

Here's what might or might not be a win for Guv Kelly . . . At least according to today's news:

The facility in Pottawatomie County will develop vaccines to help combat biological threats. In addition, it will provide other manufacturing and testing services.

Gov. Laura Kelly joined hundreds of people to announce the agreement Monday with Scorpion Biological Services. The plan is for the 500,000-square-foot plant to create hundreds of jobs within seven years.

“This is a big deal,” Kelly said. “It’s big for Scorpion. It’s big for Manhattan. And it’s big for Kansas. We’re in the midst of a new era of economic growth.”

MANHATTAN, Kansas - Kansas officials announced an agreement Monday to build a $650 million biological manufacturing plant near Manhattan that will create 500 jobs. The facility in Pottawatomie County will develop vaccines to help combat biological threats. In addition, it will provide other manufacturing and testing services. Gov.

KNOW EXACTLY WHAT THIS PROCTJE IS OR THE COMPANY BEHIND IT HAVE SIGNED NON-DISOSCLURE AGREEMENTS, BUT SOMETHING INFORMATION THAT'S COME OUT OF TOPEKA. THIS WEEK HAS GIVEN US AT LEAST A PRETTY GOOD IDEA OF WHAT MIGHT BE THAT MYSTERY COMNYPA WANTS TO BUILD A FOUR BILLION DOLLAR FACTORY IN THE STATE FOR WTHA AND WHERE STILL ARE NOT DISCLOSED, BUT THEY ALSO PROMISED TO BRING 4,000 JOBS TO FIND THAT KIND OF JOBS NUMBER.