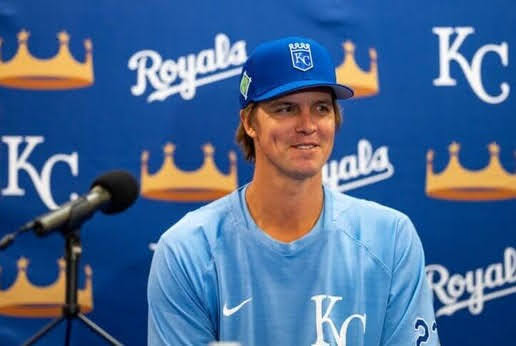 We've always admired the talent of this pitcher . . . Today's here's a worthwhile missive about his courage in confronting his private challenges in public . . .

"A major moment in Greinke's career came in 2006 when his struggles with social anxiety and depression became known. He left spring training that season, considered leaving baseball altogether, and only made three bullpen appearances for the Kansas City Royals that entire season."

KANSAS CITY, Mo. - Zack Greinke has always been an interesting figure in sports, not just for his pitching style, but his demeanor. He's famous for having moments in the dugout, or press conference answers that are very different from what fans normally expect.