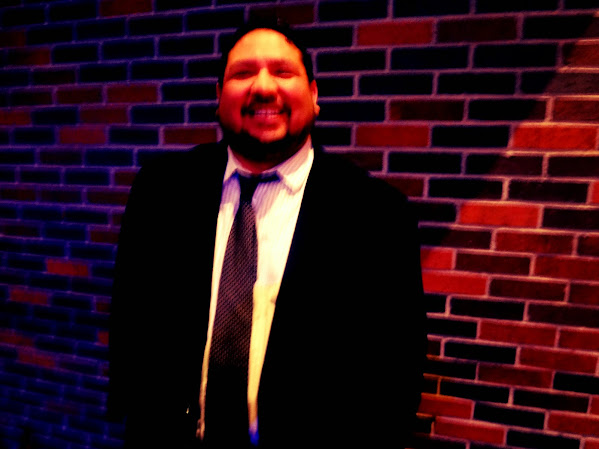 On this dark and rainy Sunday night it seems appropriate to mark the passing of a former Kansas City political denizen given that his death has gone unmentioned by local pundit hacks and so many social justice warriors who live in Johnson County and only visit this town to protest and pretend to exert their influence.

First and foremost, we want to warn that this post only concerns the political life of Genaro Ruiz. Kansas City area Latinos and neighborhood leader scumbags have a tendency to take EVERYTHING far too personally and we'd like to start out by acknowledging that we only want to address the public life of Mr. Ruiz given that a recent social media notice of his passing proved that he had garnered a wonderful network of friends and family who loved him dearly. This post isn't for them.

By contrast, the work of Genaro Ruiz and the story of his career in Kansas City speaks to an overall dysfunction in cowtown political life.

Consider our perspective given that TKC is around the same age as Genaro and our paths crossed constantly in Kansas City's small vicious circle of civic life . . .

Genaro Ruiz was an exceptional human and personified the hopes and dreams Kansas City Latino leaders. He excelled at football at Rockhurst high school and there was talk of a college scholarship for his considerable contributions to a state championship level team.

Instead, Mr. Ruiz stayed closer to home to help his mother and family.

During his time at a local catholic university he honed his skills as a neighborhood leader and continued his volunteer work with Guadalupe Centers, Inc. where he was regarded as a super hero by just about every young Latino on the Westside and throughout Westport.

TKC personal perspective . . . During the early 90s when a wave of violence consumed Kansas City and touched the lives of so many local Latinos, Genaro Ruiz was "off limits" amid so many petty Westside squabbles that earned a generation of thugs their first contact with the criminal justice system. Truth is, Mr. Ruiz was an impressively calm and astute person who avoided so many youthful conflicts that negatively impacted the lives of lesser intellects.

Not long after finishing university, Genaro Ruiz gained an impressive job with Congressman Cleaver. Whilst other Latinos sought to pad their resume, the grassroots work of neighborhood community relations seemed to appeal to the young man.

Their romance was short-lived amid so many rumors propagated by this blog and ruthless tactics amid at Ms. Garza directed more effectively at Genaro Ruiz.

Real talk . . . Garza was such an unskilled, unprofessional and vindictive politico that her opponents on Legislature targeted the funding of Guadalupe Center - Who had employed Mr. Ruiz as a youth volunteer coordinator. The squabble sought to use the employment of Mr. Ruiz as leverage to ply the vote of Garza over some meaningless issue that everyone has forgotten. Given a connection that started when Genaro Ruiz was a pre-teen, the Center stood by Ruiz and the empty funding-cut threat merely proved how little local Democratic Party leaders REALLY regarded their Latino neighbors when money was at stake.

Shortly thereafter Mr. Ruiz worked for Mayor Sly James as an advisor on Intergovernmental affairs. Around this time he split with Garza and seemed to have lost his zeal for local Democratic Party politics.

He moved on to work with KCMO Parks & Rec where his efforts were far more appreciated and again his work with local youth and passion for volunteerism earned him countless accolades.

Genaro Ruiz was a natural mentor, tutor and shining example to younger people; and it was in that capacity that he seemed happiest.

At a neighborhood meeting he shared some of this insight with TKC and allowed me to take this crappy low light photo of him despite so much gossip about his life that this blog had put on blast for the entertainment and information of our deplorable local ruling class.

During what would be the final decade of his life . . . The untimely death of his mother and career opportunities allowed Mr. Ruiz the chance to move on from Kansas City.

Upon news of his demise there have been quite a few politicos and power brokers expressing their sympathy.

The reality is that so many "political connections" never really helped propel the career of Mr. Ruiz beyond the role of assistant or entry level coordinator. Moreover, as we noted above, Mr. Ruiz seemed more fulfilled at the grassroots level talking to his neighbors and serving as a resource for communication beyond the rigid limits of a municipal framework.

What's interesting about his career and local Latino life in general is that, for better and worse, African-American leaders have helped foster the political aspirations of young Latinos in Kansas City. That help is likely very much appreciated but might not account for the legitimate differences betwixt these two communities. Demographics and differing political realities are seldom accounted for amid an alliance and understanding but not really a partnership.

And all of this brings us back to the career journey of Genaro Ruiz . . . More than most people he was connected to Kansas City politics and local Democratic Party power players but ultimately he found that path unrewarding because of so much divisive vitriol, gossip and empty talk. Instead, he seemed self-actualized when his work benefited his neighbors and those who sought his help.

In his departure, he started another family and found well-deserved happiness. This week a great many people continue an outpouring of love and fondness for Mr. Genaro Ruiz and share their respect for his legacy as a selfless and exceptionally good man.