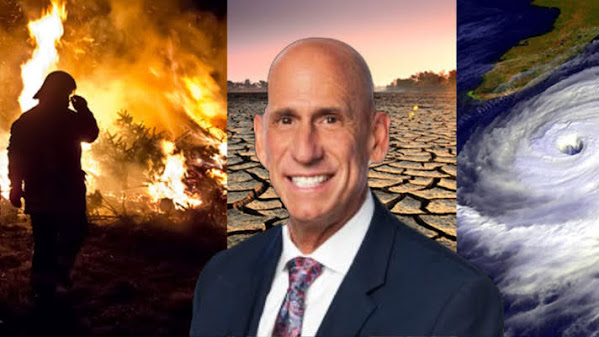 The career of a Kansas City meteorologist is fraught with peril.  More than any other nightly news personality . . . These local stars must remain likeable, relatable yet ready to panic about seemingly inconsequential events any moment.

Also . . . They're typically wrong about their predictions more than half of the time.

Once again we share an important 'Freakanomics' fact check offering a reference point about the inaccuracy of local weather reporting.

In the US, being horrible at your job doesn't preclude fame & fortune . . . Which is one of the many reasons this remains the greatest nation on earth.

Local weather dude Gary Lezak seems to understand that getting attention from as many eyeballs is the real key to success for his career vocation.

Credit where it's due . . . It was a clever trick which understands the politics of the region along with the reality of irrationally exuberant Twitter mobs.

The aftermath we're liberating quoting from a lesser blog . . .

"Many people on Twitter expressed disappointment at the statement, noting that the climate crisis has direct impacts on the local weather events Lezak covers in depth."

“So much about this is wrong, backwards, and downright dangerous. Very disappointed to hear this from you,” said one commenter.

Here's the predictable walk back and a bit of a wink which proves it was all in good fun . . .

"He issued a clarifying statement on Tuesday, April 12. “I want to thank all the folks who responded to my response on Twitter to a climate question. Thought it would be good to provide some clarification. I do take climate change VERY seriously. Climate change is, without question, a serious problem,” he wrote . . ."