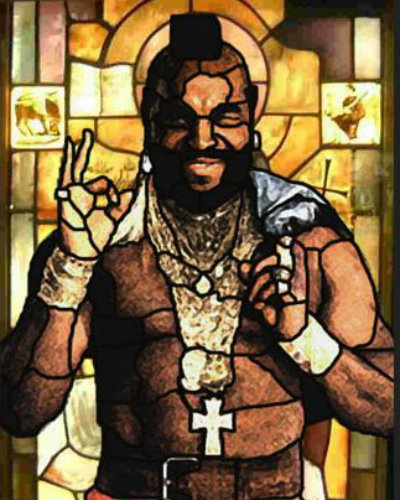 That's most of the story but these documentary movie-makers have a bit more to contribute to the conversation . . .

The window is made of 161 panels and took two years to make.

Judson Studios, who took on the big painting in the sky as they called it, took a risk taking the project. They had to buy new equipment and got a second studio to make sure they made their deadline.

The film follows their every move, including having to bring in the Steven Spielberg of stained glass window making, Narcissus Quagliata.

LEAWOOD, Kan. - Church of the Resurrection's Leawood Campus had a documentary made about its iconic stained glass window and it's showing at AMC Ward Parkway on Wednesday night. "I never thought I would make a movie about a stained glass window," Justin Monroe, Director of "HOLY FRIT" said.