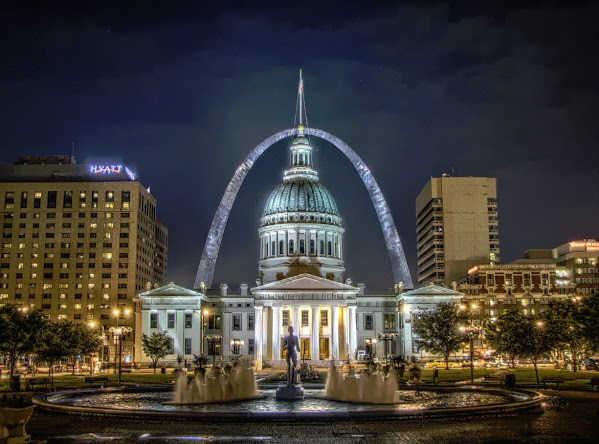 Let's get one thing clear before there's any confusion . . .

There's defamatory talk via social media about a KC connection to STL drama and I'm NEVER going to mention it until some guinea pig newsie goes digging and risks their life for a "scoop" that likely isn't more interesting than video games for most locals. And then . . . When the journalist (lulz) "breaks" the story, I'll remind everybody that we talked about it months ago. Hint: That's never gonna happen.

Here's the main point and something we have NO PROBLEM saying loud and clear . . .

STL POLITICS IS A DISGUSTING CESSPOOL OF LIES AND HUMAN GARBAGE!!! FOR THE SAKE OF KANSAS CITY'S FUTURE WE NEED TO STAY FAR AWAY FROM THAT HOT MESS!!!

Right now there are at least 3-4 elected officials at 12th & Oak trying to form a political alliance with STL and that misguided philosophy has created a dangerous illusion of a coalition where none exists.

STL politics is dangerous, destructive and far too complicated for KC rubes to navigate.

Accordingly, we couldn't help but notice . . .

This week there's a lot of trash circulating around a tragic story of and alleged rape and the untimely death of a promising politico . . .

TKC isn't really interested in this one . . . Because, from what we understand, the story is a dark abyss which threatens to consume anyone who gets too close.

And so we'll take a peek at what the MSM shares and keeps a SAFE DISTANCE from so much congressional gamesmanship which merely serves to remind us that the very good people who still reside in KCMO can't let our cowtown become an STL hell hole.

State Senator Steve Roberts hopes to be the next Congressman from Missouri's 1st District. In a News 4 exclusive interview, for the first time, he's speaking publicly since well-known public servant Cora Faith Walker accused him of rape in 2016