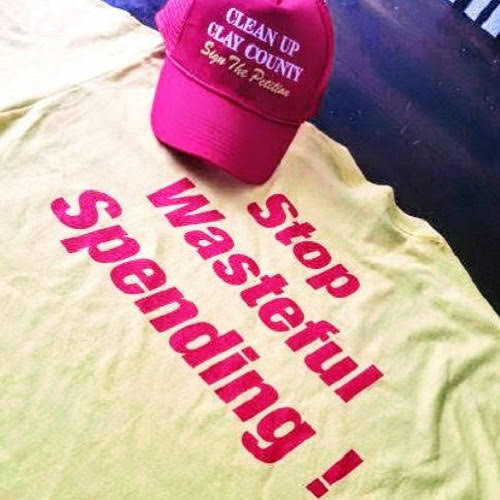 We love our friends from the Northland if only because they remind us that local government doesn't really work . . . Even for middle-class conservative white people.

Accordingly . . . Here's a "debate" that will end in more nasty social media comments and maybe an ongoing promise of "activism" from locals bored with their quiet lives of desperation . . . Meanwhile, the "Clean Up Clay County" movement enters its 10 or 100th year . . .

Clay County Presiding Commissioner Jerry Nolte introduced the tax cut discussion during the work session. Nolte said he worked with the Clay County auditor, treasurer, and assessor to produce the numbers for the tax cut. Asked why he did not bring the issue to local schools and city leaders beforehand, Nolte said he wanted to use last week's commission session as a kickoff to the discussion about the surtax.

The plan would take Clay County's commercial property owner surtax from $1.59 per $100 of assessed value to $.80 per $100 assessed value over a period of five years. Right now, the tax brings in roughly $17 million for the county.

"It's a step in the right direction," Nolte said.

Nolte said Clay County's surtax rate is roughly five times greater than neighboring Platte County and the third highest in the state. "Which strikes me as being a little out of line," he said.

A new tax cut proposal has created a lot of discussion this week in Clay County. The proposed cut would reduce a special tax for commercial property owners, called a surtax, roughly in half.