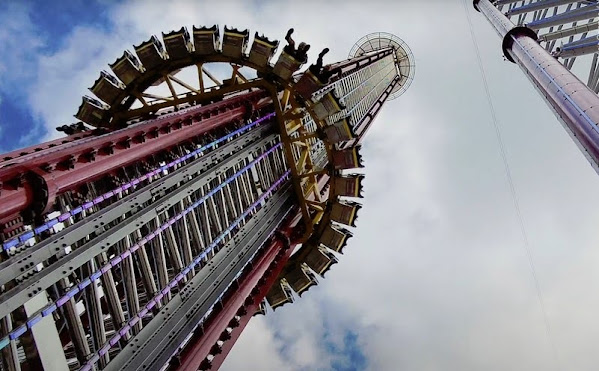 The deets of this tragedy are connected to a Missouri family.

Some of the Internets conversation is a bit callous and this whole thing will be settled in court.

What's important is the public safety reminder for locals on the bigger side and anybody who has fun by way of tempting fate . . .

Tyre was 6 feet, 5 inches tall and weighed 340 pounds. His father said Tyre wasn’t allowed to get on other rides.

The 14-year-old was pronounced dead at the hospital. His family wants the ride shut down. Tyre’s cousin launched a petition hoping to do just that.

“My cousin lost his life over this ride,” said Shay Johson. “I don’t feel like it was safe. I feel like it needs to be shut down before someone else family has to go through what we are going through.”

ST. LOUIS COUNTY, Mo. - More details have emerged about the death of a St. Louis County teen who fell from a Florida amusement park ride that's taller than the Statue of Liberty. Investigators revealed on Friday that 14-year-old Tyre Sampson, of Berkeley, was visiting Orlando's Icon Park with a friend's family.

Investigators on Saturday continued to examine what happened Thursday night when Sampson dropped out of his seat from a 430-foot, free-fall amusement park ride that is taller than the Statue of Liberty along a busy street in the heart of Orlando's tourist district.