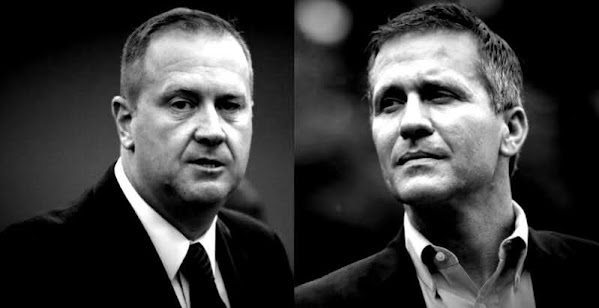 Here's a bit of Republican slap fighting inspired by recent polling and concern that Missouri might provide an upset for crafty Democratic Party denizens and whatever empty suit they're running that might seem better than a bunch of puffed up dudes clamoring to kiss former Prez Trump's ring.

Nevertheless, we take a peek at a politico using polling fear to his advantage . . .

(Missouri AG) Schmitt said that the possibility of the former governor winning the Senate nomination is "definitely a concern. You hear that everywhere."

"I think when I win the nomination, all those concerns [go away] because you got somebody who can win the primary, win the general. And the stakes are high. It's a 50-50 Senate. You can't lose Missouri and take the Senate."

ORLANDO, Fla. - Missouri Attorney General Eric Schmitt highlights that he's "a fighter" and argues that he's in the "best position" to win his state's crowded and divisive Republican Senate primary in the race to succeed retiring GOP Sen. Roy Blunt.