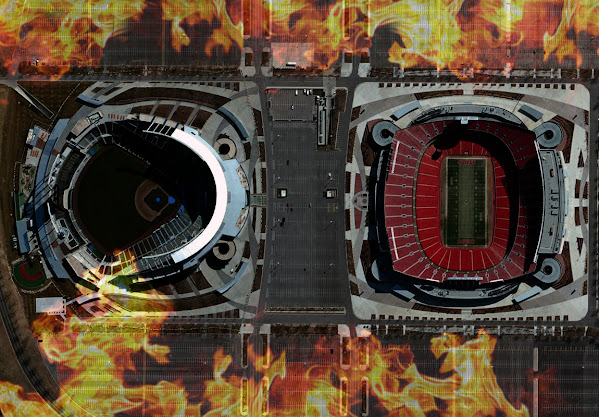 The stance is easy to decipher given that the teams spend MILLIONS worth of local advertising.

Even worse . . . Jackson County is confronting at least a BILLION BUCKS worth of a stadium decisions in the next decade.

However, all the cash that pro-sports generate doesn't come close to refunding that money which taxpayers grant to billionaire owners and millionaire athletes.

"From a return-on-investment standpoint, economists and researchers almost universally agree that stadiums are unlikely to generate anywhere near the level of tax revenue needed to offset the public subsidies tied to their construction."

There is now competition for the events. The tournaments will be in Kansas City through 2025, but looking forward the city will need to bid on the events again, this time with 4 new teams entering the Big XII Conference.

The Sports Commission is bidding on the World Cup, and will soon know if it will be a host city. It’s also looking forward to hosting the NFL Draft in 2023.

KANSAS CITY, Mo. - March means its tournament time in Kansas City, but this year it's only the beginning. Kathy Nelson, President of the Kansas City Sports Commission joins FOX4's John Holt and The Kansas City Star's Dave Helling for this episode of 4Star Politics.