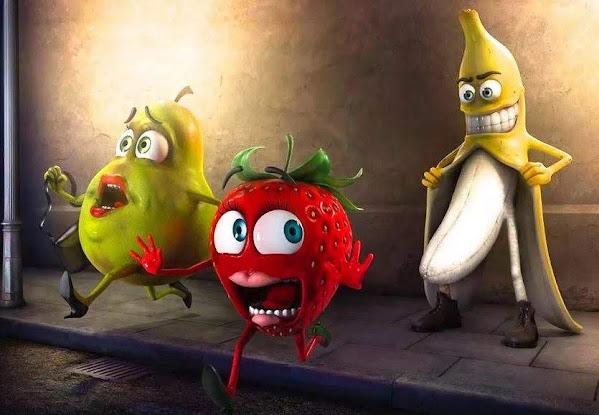 Consider this local news tidbit a public service about healthy snacking AND a glimpse at ongoing activist efforts to make this cowtown a kinder & gentler place for our furry friends.

Leading a coalition of PETA supporters, costumed “chimpanzees” will dump wheelbarrows full of bananas on the front doorstep of Hallmark’s headquarters in response to the company’s continued sale of greeting cards featuring images of great apes wearing costumes or making silly faces. PETA notes that these images increase the demand for great apes as “pets” and hinder conservation efforts by misleading the public into believing that chimpanzees—endangered animals—are prevalent in nature.

“There’s nothing appeeling about a company that profits from the exploitation of endangered great apes in demeaning costumes and unnatural poses,” says PETA Executive Vice President Tracy Reiman. “PETA is calling on Hallmark to stop producing cards featuring animals who need to be protected, not ridiculed.”

UPDATE: The location for tomorrow's demonstration is now 4710 Broadway, near the intersection of Broadway and W. 47th Street.