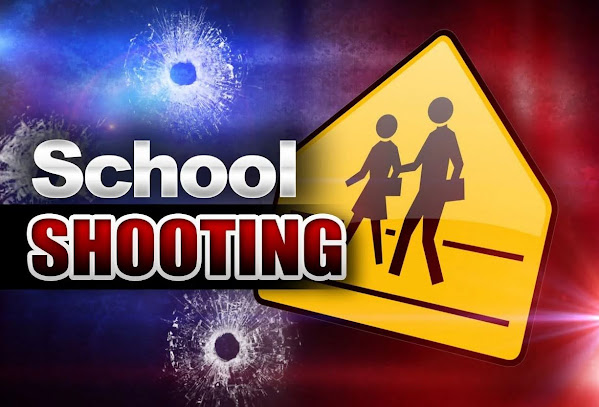 COVID paused this circular debate but, sadly, we're picking up right where we left off.

Here's a local politico making her case despite very little support for a gun crackdown in a profoundly red state:

“My phone has been ringing off the hook today, parents are telling me they don’t want to wait for this to happen again. They don’t want to wait to have something even more serious happen than what happened today,” Kansas Senator Cindy Holscher, from Overland Park said. “This is not normal, and we shouldn’t think of it as being normal.”

She plans to challenge other legislators to look at the situation differently. She encourages people to reach out to local lawmakers and the need to hear from the community.

Meanwhile, another worthwhile quote sent our way that actually doesn't sound so unreasonable . . .

"These tragedies will continue to happen as long as it remains easier to sneak a gun into a school than it is to bring a pocket knife into a baseball or football stadium. We clearly value some potential targets more than others despite continual shock about school shootings."

The JoCo school shooting might mobilize more Democratic Party voters as midterms approach. In fact, this part of Kansas is already so progressive that the Kansas GOP needs to cut it in half or risk losing a congressional seat for good.

Of course kids suffering gunfire is tragic and regrettable but not nearly as newsworthy as the political context of the crisis in an election year.

An administrator and a school resource officer at Olathe East High School in Kansas City, Kansas, were shot on Friday, forcing the school to go into lockdown. The condition of the two staff members was unclear, but Olathe police said the two were expected to survive.


Lawmakers, activists discuss how to prevent gun violence in schools

JEFFERSON CITY, Mo. (KMIZ) Friday's shooting in Olathe, Kansas, was the 12th shooting on a K-12 campus in 2022, according to CNN. After Friday's school shooting in Kansas, activists and lawmakers discussed how to prevent gun violence in schools before it happens.


The political risk in prosecuting an alleged school shooter's parents

Who's responsible when a minor kills? For legal purposes, the greatest burden falls on the accused. There are situations, though, where parents may be liable to prosecution. In many states, that includes cases where parents provide guns to children or don't take steps to keep them out of unsupervised hands.

Valentine's Day will mark the fourth anniversary of the nation's deadliest high school shooting, and the 2021-2022 school year is on track to be the most violent in recent years, despite the efforts of the student-led gun control movement ignited by the 2018 tragedy in Parkland, Florida.