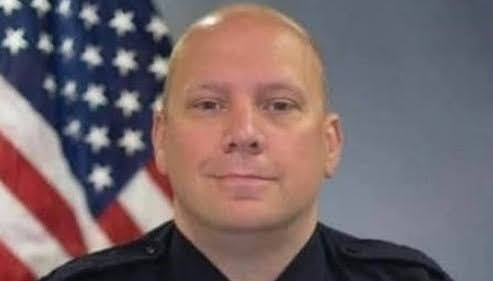 We've seen some of this chatter from social media but sadly, local media hasn't focused on this aspect of the story in any significant way.

According to quite a few people, the officer at Olathe East earns high praise for heroic actions that undoubtedly saved lives.

Several community members called Clark a hero. And many felt the outcome of the shooting could have been far worse without his response.

Clark is an officer with more than 15 years of service, including seven as a school resource officer, according to Olathe police, in a tweet from the start of this school year.

Social media posts from parents and community members describe Clark as a positive influence at the school. The police department posted photos in 2019 of Clark speaking to a class of students about "his role in their school, ways for them to be safe online, and other safety topics, as well as answering all their law enforcement questions."