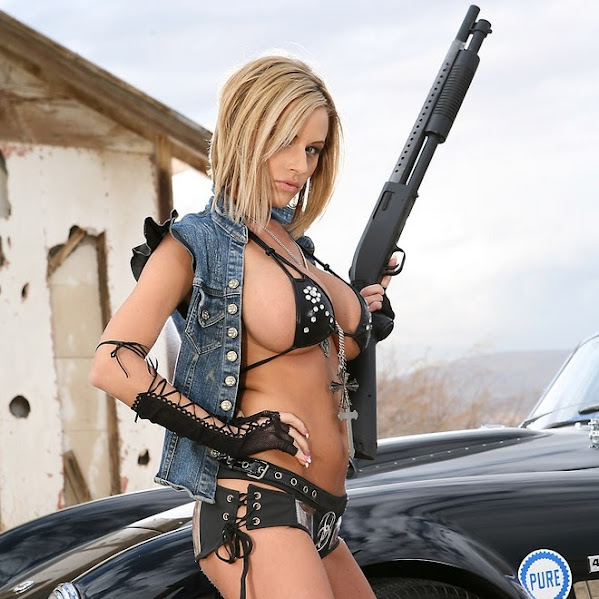 Again . . . Forgive the photo that's just a reference to hottie Penny/Jenny showing a bit of 2nd Amendment enthusiasm given that she's part of the reason why started this blog in the first place . . .

Here's the more important issue and  red state power move confronting impossible odds despite the protestations of one of the many white ladies who have turned Johnson County into a Democratic Party stronghold.

A note about the champion of the legislation . . .

Rep. Jo Ella Hoye, a Lenexa Democrat, worked before elected to the Legislature as a volunteer with Moms Demand Action, a national gun safety organization.

“Domestic violence continues to be a problem for Kansas families, especially women in Kansas and as well as children, and we know that the presence of a gun makes domestic violence situations become deadly,” Hoye said on the Kansas Reflector podcast. “Once these individuals have been convicted, they should have to relinquish the firearms that they may already have for the time period that they are prohibited from having them.”

That’s the nut of Senate Bill 192, which received a chilly reception from several legislators and law enforcement representatives during a hearing last week in the Senate Federal and State Affairs Committee. More than one senator who views the Second Amendment as inflexible shared disdain for the bill’s creation of a system requiring relinquishment of firearms.

TOPEKA - Rep. Jo Ella Hoye is convinced someone convicted of domestic violence or subjected to protection from abuse order and prohibited from carrying a firearm shouldn't be allowed to live in a residence stocked with guns and rifles.