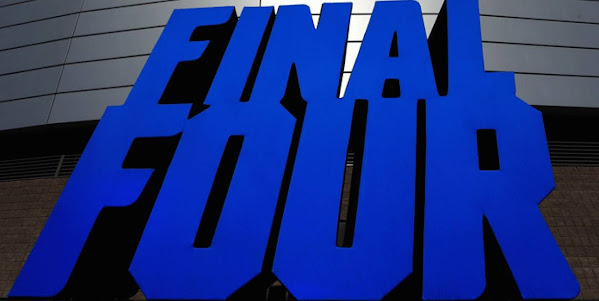 "KU trailed Miami by six points at halftime, but a 19-5 run to start the second half propelled the Jayhawks to roll past the Hurricanes. David McCormack was a huge part of the surge to start the second half, scoring eight points during that run. He finished behind Ochai Agbaji (18 points) in the scoring column. Christian Braun was the other Jayhawk in double figures with 12 points."

CHICAGO - After a raucous first half that ended with a six point Kansas deficit, the Jayhawks rallied in the second half to secure a win over Miami and a trip to the Final Four. They beat the Hurricanes 76-50. This marks KU's 16th trip to Final Four and the fourth Final Four in the Bill Self era.

An impressive run to start the second half sparked Kansas basketball past Miami, 76-50, in the Elite 8 on Sunday. The Jayhawks, who advanced to the Final Four for the first time since 2017-18, will play Villanova in New Orleans next Saturday for a chance to advance to the title game.


KU dominates second half against Miami, advances to the Final Four

WICHITA, Kan. (KWCH) - Kansas outscored Miami by 32 points in the second half and cruised to a 76-50 win in the Elite 8 at the United Center in Chicago. The Jayhawks advance to the Final Four, where they'll meet Villanova on Saturday in New Orleans.


KU to celebrate with fans at Allen Fieldhouse Sunday

LAWRENE, Kan. - The Kansas Jayhawks punched their ticket to the Final Four with a win over Miami Sunday afternoon. The team celebrated on the court following the final buzzer. Then the celebration spilled over into the locker room as video showed head coach Bill Self throwing water on his players.