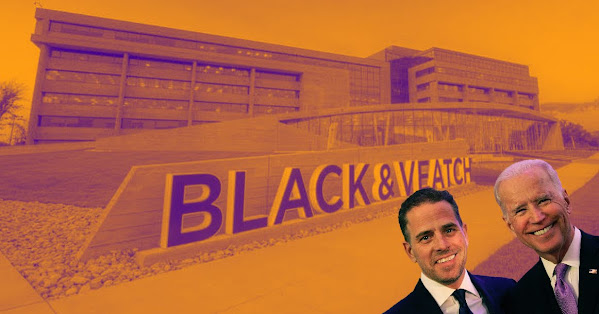 TKC doesn't really think much of this story.

The Ukraine biolab hot mess has become a political hot potato that a few plebs pretend to understand.

This is wartime propaganda that doesn't impact the people of Kansas City at all.

However . . . There is, in fact, a local connection to this tabloid hot mess and so much breathless partisan blabbing about Hunter Biden.

We realize that Prez Biden's son is primarily a disgrace and his horrible life has been picked apart by the right-wing . . . That's all fair game . . .

We'd just like someone to explain why anybody should care . . .

The Hunter Biden connection to Ukraine remains curious that a story that now has global attention yet doesn't merit even a cursory mention by local mainstream media and so many pundits who are paid to pretend to understand politics.

Accordingly, we clip the tidbit from global headlines that mentions a prominent Kansas City company.

"Government spending records show the Department of Defense awarded an $18.4million contract to Metabiota between February 2014 and November 2016, with $307,091 earmarked for 'Ukraine research projects'

"Metabiota has worked in Ukraine for Black & Veatch, a US defense contractor with deep ties to military intelligence agencies, which built secure labs in Ukraine that analyzed killer diseases and bioweapons."

And of course Black & Veatch are headquartered in the Kansas City metro with local offices in on Ward Parkway and in Overland Park.

Russia's assertion that President Biden's son Hunter was "financing . . . biological laboratories in Ukraine" was based in truth, according to e-mails reviewed by The Post. A trove of e-mails on Hunter Biden's infamous laptop - the existence of which was exclusively reported by The Post in October 2020 - found that he played a role in helping a California defense contractor analyze killer diseases and bioweapons in Ukraine.