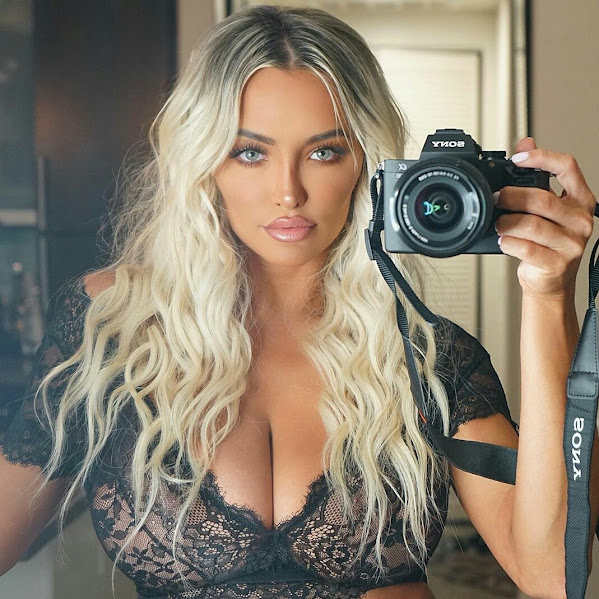 Right now we're inspired by hottie Linsdey as we take a peek at pop culture, community news and top headlines.

KANSAS CITY, Mo. - The Lincoln Building in Kansas City, Missouri's historic 18th and Vine District is receiving upgrades. High school students are running wires through the walls, ceilings and closets to get high speed internet to the businesses that rent space in the building.

KANSAS CITY, Mo. - In a sure sign of spring, birds are set to arrive tomorrow in Overland Park. Tomorrow, the city will start allowing Bird e-scooters in the city. It will mark the first time the scooters, which can travel up to 15 miles per hour, have been allowed in the city.

While relations between the United States and Russia are strained now, they have been complex since the end of World War II.The only U.S. president from Missouri, Harry Truman, shaped those relations into what we see today.

"I'm not Cindy Crawford as you can tell, but I do make a living based off my selfie." Lindsey Pelas didn't become an Instagram sensation with 8.7 million followers by dropping unflattering photos. The "genetically gifted" model, influencer and Eyes Up Here podcast host has revealed her best selfie-snapping tips in a video filmed for Page Six.

The International Criminal Court has started investigating Russia over potential war crimes the country may have committed during its invasion of Ukraine, after a Ukrainian official claimed that Russia used an illegal weapon during the war, officials said. On Monday, Ukraine's ambassador to the U.S., Oksana Markarova, told reporters at the U.S.

Russian forces bombarded a residential area in Ukraine's second-largest city with rockets on Monday, killing at least nine people, and several large detonations were heard in the center of the capital Kyiv, as talks between delegates on both sides in Belarus came to a close.

Biden's dilemma: How to give Putin an off-ramp

With Ukraine holding Russia off longer than many U.S. officials had expected, President Biden now faces a great unanswered question - how to give Vladimir Putin an off-ramp to avoid even greater calamity. Why it matters: A cornered, humiliated Putin could unleash untold pain on the world, from cyberattacks to nuclear threats.

'Yes, He Would': Fiona Hill on Putin and Nukes

Hill spent many years studying history, and in our conversation, she repeatedly traced how long arcs and trends of European history are converging on Ukraine right now. We are already, she said, in the middle of a third World War, whether we've fully grasped it or not.

Trump the star turn as Republicans gather at CPAC - in pictures

Ted Cruz, Ron DeSantis and Tulsi Gabbard were among the big names at the annual conservative summit in Florida - but the former president took center stage

Private militia known as the Wagner Group 'flown in from Africa five weeks ago' It is run by oligarch Yevgeny Prigozhin, a close ally of the Russian president Highly trained operatives have a 23-strong kill list including the PM and cabinet More than 400 Russian mercenaries have been flown in from Africa to assassinate Ukrainian president Volodymyr Zelensky, it was revealed last night.

Michelle Obama would put Republicans "in a very difficult position" if she ran for president in 2024, a former Trump aide said, because the former first lady is both popular and "immune to criticism". Monica Crowley, a former treasury spokeswoman, was speaking on Saturday at CPAC, the conservative conference in Orlando, Florida, at which Donald Trump strongly suggested he will run again in two years' time.


Check The Feel Good Eat Out

The Prospect Chef Shanita McAfee-Bryant's soon-to-open eatery will do more than serve food. The Prospect KC is a social enterprise where people from disenfranchised communities can receive culinary training and get first-hand industry experience cooking for and helping to run The Prospect KC's cafe, coffee shop, and small, fresh grocer.


South Side Tribute To Good Deeds

Know someone who deserves to be rewarded? The South KC Impact Awards are waiting for your nomination

The South Kansas City Chamber is asking businesses and community members to help nominate those who did something to make a positive impact in South Kansas City in 2021. The deadline to submit a nominee has been extended to Sunday, March 6.

Our early sampling of "spring-like" weather continues today. It's a little on the chilly side this morning, with wide temperature variation around the region. Some areas have fallen into the 20s while some areas are near 40 degrees. Simply spectacular conditions for this afternoon with sunny skies, a westerly wind and a high temperature near 73 degrees.

Eden Muñoz - Chale is the song of the day and this is the OPEN THREAD for right now.