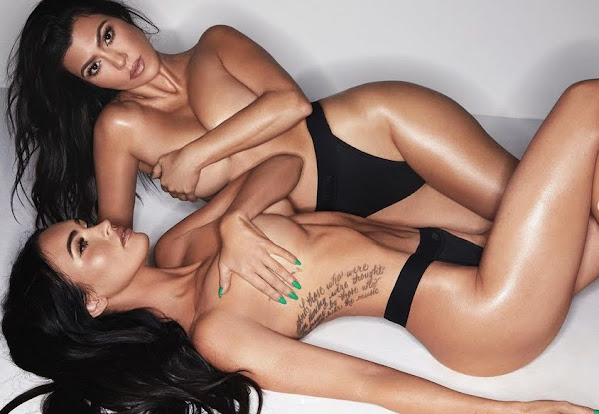 Tonight, just for close readers, we share a lengthy roundup of local news, pop culture and top headlines inspired by hottie Kourt admitting that a great deal of her persona is just an act.

SOURCE: KMBC Kansas City police are investigating a shooting Thursday evening in the 3900 block of Roanoke Road.Police were called about 7:25 p.m. to the area and found a man who had been ot toward n the back of a parking garage near an apartment building.Authorities said the victim was taken to a hospital in stable condition.

KANSAS CITY, Mo. - It's been a decades-long journey for the Kansas City International Airport to arrive where it is now, one year out from the completion of a new terminal .

Marvia Jones, PhD, who has been serving as the violence prevention and policy manager for the KCMO Health Department has been appointed as the department's director, officially beginning her new duties February 14. Jones has worked in the public health field for 15 years, previously working at the federal Centers for Disease Control and Prevention where she helped develop recommendations for public health best practices.

MoDOT meets with residents about improving stretch of Interstate 70

KANSAS CITY, Mo. - The Missouri Department of Transportation is getting feedback from residents on possible changes to a portion of Interstate 70, designed to improve safety and reduce congestion. MoDOT's I-70 corridor includes an area between the Paseo and U.S. 40.

Keeping Up with the Kardashians alum Kourtney Kardashian is coming clean about what a 'toxic environment' the set of her E! reality show was, which led to her playing a character towards the end. 'Shooting our show, it became a really toxic environment at the end for me,' the 42-year-old reality star told Bustle on Thursday.

Biden blames Jan. 6 for Putin's invasion and other whoppers of the Ukraine war

"Vladimir Putin was counting on being able to split up the United States. Look, how would you feel if you saw crowds storm and break down the doors of the British Parliament and kill five cops, injure 145 - or the German Bundestag or the Italian Parliament?"

The Jan. 6 select committee filing that set off a siren in the political world landed with a thud among Senate Republicans on Thursday. The House panel said it had "a good-faith basis for concluding" former and members of his campaign "engaged in a criminal conspiracy to defraud the United States," and that Trump tried to obstruct Congress's formal counting of the Electoral College vote.

KYIV, Ukraine (AP) - A spokesman for Europe's largest nuclear plant says the facility is on fire after Russia attacked the power station in the southern Ukrainian city of Enerhodar. A government official tells The Associated Press elevated levels of radiation are being detected near the site of the Zaporizhzhia nuclear plant, which provides about 25% of the country's power generation.

Hundreds of pages of court documents filed by the House Jan. 6 committee offer new details about the extent of the Trump team's pressure campaign on former Vice President Pence as they unsuccessfully pushed numerous tactics to convince him to buck his ceremonial duty to certify the 2020 election results.

Biden administration will extend immigration relief to Ukrainians in the US

The Department of Homeland Security will allow Ukrainians who are in the United States to remain in the country under a form of humanitarian relief.

Zelensky: 'The end of the world has arrived'

Ukrainian President Volodymyr Zelensky on Thursday issued a dire appeal for help as Russia's attacks across the country intensified. "The end of the world has arrived," Zelensky said during a televised news conference in Kyiv. He appealed to Western leaders who have resisted calls to set up a no-fly zone over Ukraine.

Senior Chinese officials had some knowledge of Russia's plan to invade Ukraine prior to the Beijing Winter Olympics, a new intelligence report shows. The information, compiled by a Western intelligence service, was deemed credible by officials and has been shared amongst the U.S. and allied governments, according to The New York Times.

The Batman brings the caped crusader back to his detective roots

Maybe Batman doesn't need to save the world. Hear me out: Yes, merely cleaning up the streets of Gotham instead of defeating all-powerful bad guys and preventing the apocalypse sounds like a demotion. Yes, Batman has recently been teaming upwith heavy hitters like Superman, Wonder Woman, and The Flash to save the entire world.

KHLOE Kardashian was slammed for being "cruel" as she had previously called the nanny a "hooker" in a resurfaced clip from Keeping Up With The Kardashians clip. Redditors compiled a list of plotlines from previous KUWTK episodes that were deemed "problematic."

For taco-lovers, Kansas City has a number of delicious options, no matter what neighborhood you're in when you catch your craving. Tiki Taco, which has long called 39th Street home, has gone through a major glow-up over the past few years, with new ownership, a revamped look and menu - and some flavors you might not usually see on a menu in the area.


Local Art Therapy For The Troops

We are just days away from the Parade of Hearts kicking off in Kansas City. The massive public art project features more than 150 original pieces of art. The Veterans Community Project is putting the finishing touches on its heart.

Feasibility study will examine how to repurpose as a community amenity Kansas City is seeking innovative solutions and feedback from residents to preserve and repurpose the original Buck O'Neil Bridge once the new bridge, now under construction, opens to traffic.

A touring production that sings the virtues and vices of tech icon Steve Jobs not only arrives to the Kansas City stage this month - it was literally built here. "There are a lot of hands to make this happen ..." said technical director Brad Kanouse.

Clear skies and near 40 overnight in KC